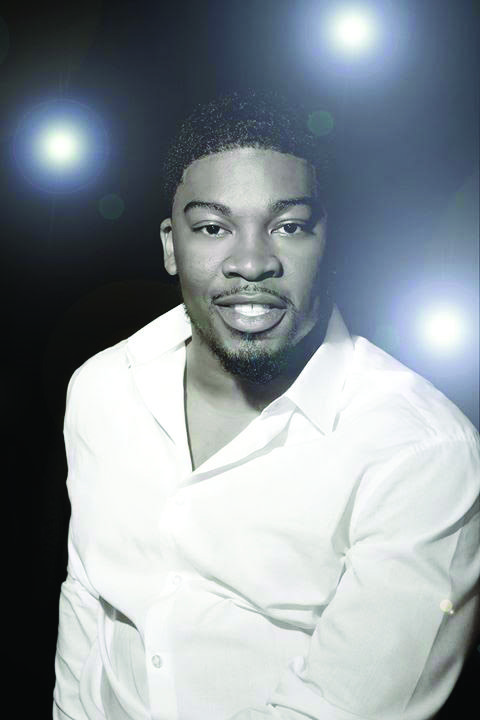 Singer: Local singer LeBryant Crew will be performing on "The Voice" tonight. The show will air at 7 p.m. on NBC.

El Dorado’s own LeBryant Crew will appear on NBC’s “The Voice” tonight as a contestant. Crew previously made it to the top 30 contestants on season 13 of “American Idol.”

Crew will appear in the second episode of the 16th season of “The Voice;” he couldn’t reveal what song he would be singing, but described it as a somber version of a British pop song.

“This song, for me, has a lot of depth and a lot of meaning. I definitely get to put a lot of my soul and experience to it, definitely get to feel the song. It lines up, I guess, with my current and past situations and emotions, sentiments,” he said. “What I pray is that people will be drawn in by the song.”

Crew’s musical journey began his freshman year at El Dorado High School, when the speaker at a school assembly asked for volunteers to help him sing R. Kelly’s “I Believe I Can Fly;” Crew’s friend had to drag him to the front, but the experience ended up being formative for him.

After high school, Crew attended college at the University of Central Arkansas for a year until he was the victim of a robbery that left two others dead; at that point, he returned home to El Dorado to think things through.

“That was a wake-up call for me to come back home and re-evaluate some things,” he said.

He eventually began working at the Griffin Restaurant as a manager. It was there that he met Luke Wade, a finalist on season seven of “The Voice” who now helps to cast the show; Crew said Wade has since helped encourage him to stick with music and has helped him find auditions and gigs.

“Some time went by and I actually missed a season, but he just kind of stayed with me,” Crew said. “I’m just thankful that I stuck with it and kept chugging after it even when it wasn’t looking too bright or when I got discouraged from previous shows.”

In 2014, when Crew auditioned for “American Idol,” he made it all the way to Hollywood after auditions in Little Rock, Utah and California. For “The Voice,” Crew has already made it through all the preliminary auditions; tonight he will sing to judges Kelly Clarkson, John Legend, Blake Shelton and Adam Levine.

Crew said the disappointment at the “Idol” auditions kept him from auditioning in earlier seasons of “The Voice.” It took convincing from Wade to get him to the first open call audition for season 16; now that he’s done it, Crew said he’s glad he gotten back on the horse.

“It was one of the worst storms – the lightning cracked in the sky and the whole sky lit up; I’d never seen anything like that. You could see everything, as far as the eye could see, in one moment,” Crew said, describing the drive to Dallas for the auditions. “So here I am in the eye of this hurricane or tornado that I think is about to happen … and it’s just like ‘okay, this is the epitome and the perfect picture of chasing your dreams; sometimes you have to drive in the storms.’”

“The Voice” features four famous judges who select contestants to join their teams; the four judges then mentor the singers throughout the season as fans of the show vote on their favorite singers each week.

Crew said he thought all the judges could have valuable things to teach him. While he does have a preferred judge, he did not reveal who it was, nor whether he was even selected by a judge for their team, as a non-disclosure agreement prevents him from releasing any information about the show before it airs.

“All of the coaches, in their own right, I think I would’ve been safe in all of their hands,” he said.

Tonight, the Murphy Arts District will host a watch party for Crew’s episode at the Griffin Restaurant. The party will begin at 6 p.m. and “The Voice” will air on NBC at 7 p.m.

“We’re proud to have someone with an El Dorado and MAD connection on ‘The Voice’,” said Bob Tarren, MAD chief marketing officer. “Join us for the watch party and root for the home team.”

Crew emphasized how thankful he is to be from a community like El Dorado, where he was able to find opportunities to follow his dreams and has always received support.