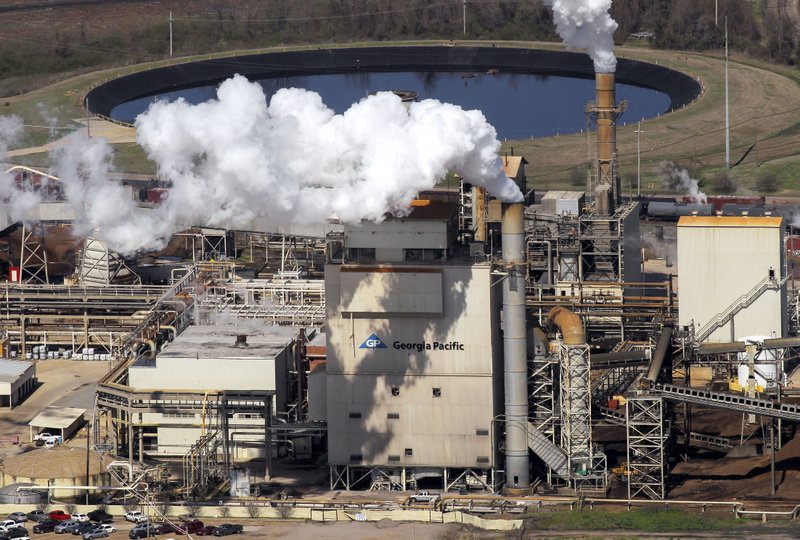 Georgia-Pacific Corp. will close a major part of its operations in Crossett this fall, with about 555 workers losing their jobs, according to a news release from the company Tuesday.

The release states the company will close the equipment and processes supporting the bleached board operations at the Crossett plant in October. The company said the decision was based on an assessment of the mill’s ability to effectively compete in the market.

The closing of the company’s bleached board operations at the Crossett mill will affect 555 jobs, including 25 in sales and other business operations. Bleached board is used in paper plates, cups and cartons.

The closure includes the extrusion plant, woodyard, pulp mill and “a significant portion of the energy complex at the Crossett mill,” the release states. In July, the company also will shut down older tissue machines that don’t “support the long-term competitiveness of the tissue business.”

“Our Crossett employees have worked hard to safely and productively manage our operations there, and in recent years we have invested significantly in our operations,” Monty Brown, G-P’s senior vice president for its consumer products division, said in the release. “However, we have decided that the required investments needed for the bleached board machines, pulp mill and woodyard to sustain the operation long-term are not economically viable. We understand the impact this decision has on our employees, families and the community, and we will work cooperatively with the state and the community to minimize that impact.”

About 500 workers will remain at the company’s 630-acre operations in Crossett after the closure, the release notes. The Crossett facility has premium product tissue and towel machines and associated converting equipment, so it remains a key contributor to the success of the Consumer Products Group’s retail business,” the company said.

According to the release, employees will continue to operate the mill as they have until October. The company will begin discussions with union leadership and other members of the workforce during the next month on how the process will work for those affected, which will include the possibility of transferring to other Georgia-Pacific locations.

Georgia-Pacific came to Crossett in 1962 when it purchased Crossett Lumber Co. and began producing tissue paper, later adding a chemicals plant. Koch Industries bought Georgia-Pacific for more than $13 billion in 2005 and took the public company private.

In a statement, Gov. Asa Hutchinson called Georgia-Pacific “a good partner” with the state for years and likely will continue to be.

“Nevertheless, today’s announcement is disappointing,” Hutchinson said. “This is a tough hit to South Arkansas and all the families impacted.”

Georgia-Pacific’s bleached board business, including supply to the Dixie business, will be supported from mills in Naheola, Alabama, and Brewton, Alabama, and an extrusion facility in St. Marys, Georgia.

Information for this report was provided by Stephen Steed of the Arkansas Democrat-Gazette.