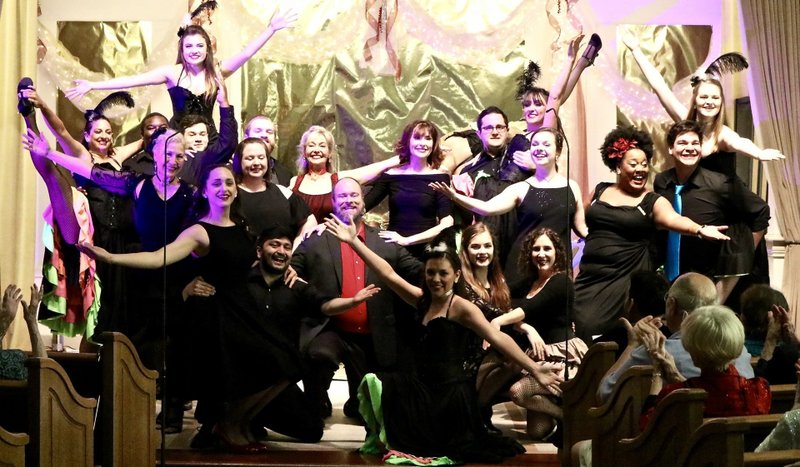 For the second year in a row, June in El Dorado will include a visit from the Muses Creative Artistry Project, a Hot Springs-based group that travels around the state bringing live performances to various communities.

Last year, the group came to the Murphy Arts District to present “Man of La Mancha.” This year, the group will take a different course, instead offering a free concert on June 18 that will feature a variety of favorite Broadway tunes from different shows.

Deleen Davidson, general director with the Muses Creative Artistry Project, said the group regularly stages full productions, like “Man of La Mancha” last year, but periodically chooses to take on more of a cabaret format, what she called a “best of” production.

“The beauty of it is I get to select from my favorite shows my favorite tunes based on what I know the audience is going to respond to and also based on the individual casting that we have each season,” Davidson said, noting that she specifically chose some songs knowing they would show off the particular talent of some of their featured performers.

“This one we’re calling ‘Seasons of Love’ because it’s got that aspect of all the different types of love, romantic and sisterly, filial, combative, we’ve got all different romantic portraits that comes from these different shows,” Davidson said. “I think the reason people respond so strongly to Broadway music and to show tunes is there’s a core element of truth and familiarity that each of us encounters in the way these tunes are written. The poetry, the way they’re set to songs, it gets to us. … There is not one person in the cast or the audience that won’t be able to relate on a really deep and personal level to the offerings and feel moved and transformed.”

The concert will feature songs from such productions as “Cabaret,” “Kiss Me Kate,” “My Fair Lady,” “South Pacific,” “Rent,” “Wicked” and more. In addition to the musical performances, there will be a dance element and what was referred to as “a special surprise for this audience only.”

By doing a cabaret format, Davidson said it keeps people from being deterred from a performance because they don’t like a particular show. Since a variety of shows will be represented, there will be something for everyone.

“Broadway is the style that most people respond to,” Davidson said. “We want to transport the audience to a place of wonder and joy and beauty.”

While last year, the group performed in the Murphy Arts District, this year’s concert will take place at the First Presbyterian Church at 300 E. Main St. Davidson said the group maintains a great relationship with MAD; in fact, the June 18 concert is free thanks to a sponsorship from the Murphy Foundation. But as MAD officials are focusing on moving toward Phase II of its arts district, Davidson said the district is not booking some performances at the moment, leading the Muses to seek an alternate space, and the First Presbyterian Church is the one that offered to host them.

“Madison Murphy from Murphy Oil and Murphy Foundation is a strong supporter of ours,” Davidson said. “We didn’t want to go a whole season without the Muses coming to the El Dorado community … this is a collaboration, really.”

Davidson said because the show will be in the church, they are modifying the performance slightly “to fit that nontraditional venue, space, but we believe it’s going to suit the material just beautifully.” Davidson noted that she’s actually performed in the church a few times before and found it to be an incredible space within a church that loves good music.

Toni Spears, education coordinator with the Muses, said the Murphy Foundation and Madison Murphy himself are committed to bringing high quality art to El Dorado, and it’s that commitment that helps bring the Muses back each year.

“They want to give it as a gift to the community,” Spears said, adding that the group believes the planned concert will show the passion, wit and charm found on the Broadway stage. “What we’re saying is you don’t have to go to New York to experience it, you can experience it right in your own community through the Muses.”

“We’re going to keep coming as often as possible,” Davidson said of the group’s commitment to returning to El Dorado.

The one-hour concert is set for 7 p.m. June 18 at First Presbyterian Church.