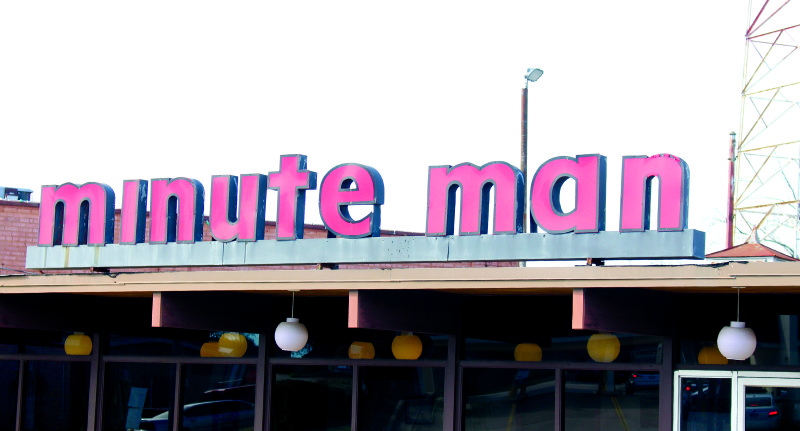 Minute Man, the staple restaurant founded in Arkansas, has gone from 57 locations to only one in El Dorado. However, a new effort to franchise it has started with two new locations planned for Little Rock and Conway.

McGoogan started managing the El Dorado Minute Man while the franchise was in its prime and has continued to operate it since 1984 as the franchise shrunk. The second to last Minute Man closed in 2002, however, McGoogan kept her location going.

McGoogan said she’d thought about franchising and wanted to, but wasn’t sure how.

His conversations with McGoogan started in 2012 when he came to El Dorado to visit his uncle and found out that the location is still open. Smith said he would go to Minute Man whenever he was in town and started getting to know McGoogan through that. They discussed partnering in some capacity.

“The brand itself has a huge legacy in Arkansas and so my goal, I told her, is that ‘Minute Man should never close. You shouldn’t let it close, you’re the last one,’” Smith said.

About a year ago, Smith said, they found out that somebody was trying to open up franchises of Minute Man, which according to common law couldn’t happen without McGoogan’s support. That’s when Smith suggested finalizing an agreement to try to keep something like that from happening again.

Smith said they started talking about opening a location in Little Rock and Conway as a way to reintroduce the brand into other parts of Arkansas.

Smith said his main goal with the franchise is to make sure that Minute Man doesn’t become part of Arkansas’ history by making sure it doesn’t close. Another part of his goal is to spread Minute Man by opening multiple locations than just the two locations currently planned.

“What I’d like to do, is that I’d like to re-engage Minute Man into Arkansas specifically,” Smith said. “I think the number that I have in my head and I’ve talked to a couple people about is that I think a reasonable goal would be 10 stores throughout Arkansas. Really the goal is just to make people happy.”

However, Smith said there are challenges with what he’s calling Minute Man 2.0. One of the main things, he said, is finding a balance between the original menu and adjusting for changing tastes. On one side, the company has started a Facebook page called Minute Man Memories as a way to get people talking about what they remember from the original Minute Man.

“The number one thing that we have to look at is what are the things people remember from the menu. What are they looking for?” Smith said. “People are very sentimental, they have a very clear recollection of things like our burgers. Those, as we know, are things that should be brought back to the menu.”

Smith said in the ’80s when Minute Man was first sold, there was a shift toward Mexican food, which is still featured at the El Dorado location.

“Those we’re going to keep because they’re still part of what she sells a lot of in El Dorado,” he said. “I also think we can expand on the base of those flavors. Not to do anything dramatic, but I think that Minute Man has to … give people the difference in the textures and the flavors with the basics. Easing our way into that, there’s also more of a health conscious. We can certainly do our trick on a turkey burger. We can certainly do a veggie burger because people are out there and asking for it.

“I don’t see doing this in one fail swoop and I don’t see doing this dramatically. The way that I see it is that we grow and we lay out these pieces for Minute Man to re-engage people in the restaurant. That’s all about the conversation that we’ll be having. I’m not going to wield a heavy hammer on this and say that I know what’s going to work. I’m not sure what things will work and I need to be really careful about any type of change. We’re going to engage the really passionate community and say ‘what do you think about this?’”

Both McGoogan and Smith said the franchising will have little impact on the El Dorado location.

“I want her (McGoogan) to continue doing the things that she’s doing,” Smith said. “I want her to keep her restaurant open, working the operation system that she’s set up for herself that she’s been working for the past 40 years.”

For McGoogan, part of the plan is the idea that there will be somebody to take over the El Dorado location when she’s ready to retire.

“I’m getting old and I can’t work forever,” McGoogan said. “We don’t want the Minute Man to go down. I’m the last one. So, while I’m still able to, I’m helping because they really don’t know much about the Minute Man.