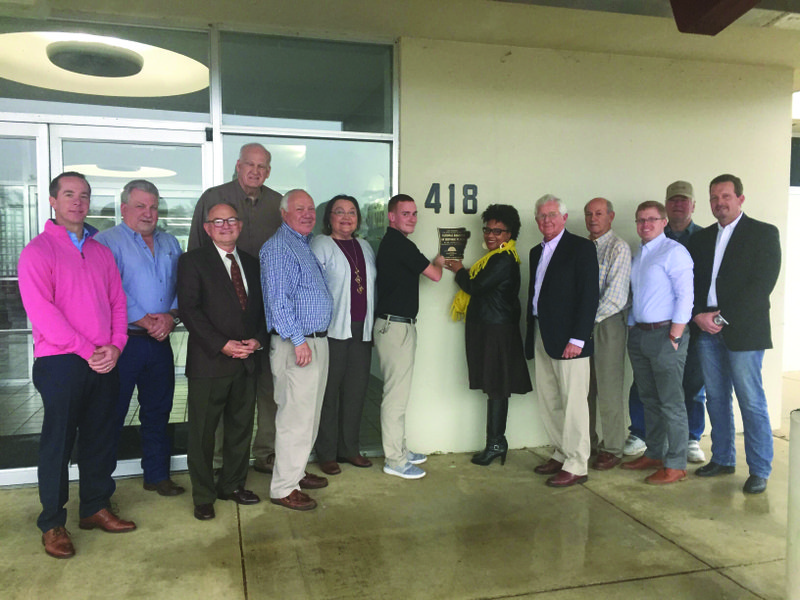 Months after the selection was made, a new plaque has been placed at South Arkansas Regional Airport at Goodwin Field celebrating the location’s listing on the National Register of Historic Places.

The airport was selected to go on the register in August. However, on Monday afternoon, the commission celebrated with placing the official plaque underneath the building’s numbers.

The process to get the airport on the register started about a year and a half ago with an architectural survey conducted by CRA Cultural Resource Analysts, Inc., of Indiana and Kentucky, which was hired by the El Dorado Historic District Commission to examine buildings around the town that could be considered.

The terminal building was designed by late architect John B. Abbott, one of the founders of CADM Architecture, Inc.

Mickey Murfee told the commission during its meeting after the ceremony that to have the terminal building on the national register is a big deal since it’s one of the handful of terminal buildings in the country to be on it. He said the airport is now up there “with some big dogs” and that it’ll open doors for the building.

Murfee said after the meeting that being on the National Register of Historic Places will open them up to being able to apply for grants that wouldn’t be available otherwise. He also said it’s possible for the airport to attract more traffic now with the idea of “historic travel,” which is where people will travel to certain places because of historic relevance.