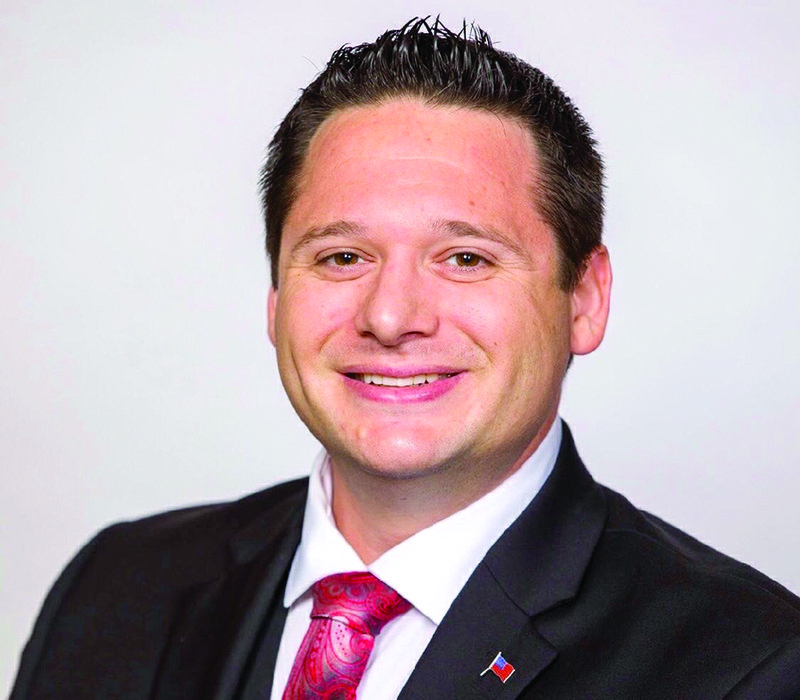 When Democratic candidate for United States Senate Josh Mahony dropped out of the race two hours after the candidate-filing deadline passed on Nov. 12, Democrats around the state, including party leaders, were surprised.

On Nov. 25, Democratic Party of Arkansas Chairman Michael John Gray said in a news conference that, due to a lack of communication between the party and Mahony, it was unlikely the party would be able to field another Senate candidate in 2020.

Union County Democratic Committee Chairperson Wanda Young was very disappointed by Mahony’s departure from the race. She’d begun stumping for him as early as summer and thought he really had a chance to beat incumbent Sen. Tom Cotton (R-Dardanelle). Mahony had even launched his Senate campaign in El Dorado.

“I really felt like Josh was a good candidate. … It was very disappointing for me as a Democrat, as the county chair,” Young said. “There’s no need in crying over spilled milk; however, its something we need to learn from. … The future is uncertain, but I would have to be more convinced [to vote for Mahony if he ran again].”

Without a Democratic candidate, but still determined to get out the vote in November, Young looked into the other candidates running for the office: Libertarian Ricky Dale Harrington Jr., of Pine Bluff, and Independent Dan Whitfield, of Bella Vista.

Independent candidates face a different process for getting on the ballot than those associated with major parties, even Libertarian and Green Party candidates.

In Arkansas, Independent candidates must acquire petition signatures to gain access to the ballot in lieu of the filing fees major party candidates pay. U.S. Senate candidates are required to collect either 10,000 qualified signatures (unique signatures from 10,000 registered voters) or a number equal to 3% of voters in the state, whichever is fewer.

The signatures must be turned into the Arkansas Secretary of State’s office by March 1 (because March 1 falls on a Sunday this year, Whitfield will turn them in on March 2). He will need 10,000 signatures to make it on the ballot.

To that end, Whitfield is creating a diverse coalition of voters around the state to help him gather signatures.

“I’m working on building teams from different cities, volunteers,” Whitfield said. “I’ve got people all over the state just waiting to help me collect signatures. … I’ve got Republicans that are going to be helping me collect, Democrats, Green Party members. … I’ve got people crossing lines.”

Young sees Whitfield as being a viable alternative for Democrats hoping to oust Cotton come election-time. Despite the absence of a party structure to support him and the name recognition Cotton enjoys, Young said she thinks Whitfield has a real shot.

“He’s one of those that’s not a politician. He just looks like a regular guy. I would like to see some regular guys and girls get into politics,” Young said. “I understand that when you get in that position there are always going to be people that don’t like what you’re doing, but you’ve got to be able to speak to that. … I’d like to see some of that. Our politics have gotten so chaotic nowadays. I want some normalcy; but I don’t want to go back to the normal. I want to see us move forward.”

Whitfield said it is important to him to build a grassroots campaign; that includes eschewing corporate and “special interest” donations, including those from the fossil fuel industry. Currently, the average donation to Whitfield is around $30, he said; according to documents filed with the Federal Election Commission, Cotton currently has $4,217,159.78 cash on hand from donors across the country.

“I think what resonates for me most is that I can understand what regular people are going through. I’ve worked hard, I’m a full-time student, I’ve been through what everyone else is going through, so I understand how different types of legislation can impact my constituency. Right now, the majority of our Congress, they haven’t had to live paycheck-to-paycheck,” Whitfield said. “I want our representatives to represent us, real people, instead of special interest donors.”

This month through the start of March, Young will be collecting signatures on Whitfield’s behalf, with the Democratic Party of Arkansas’s blessing.

“Arkansans deserve a better choice than someone like Tom Cotton who has been busy serving Washington D.C. special interests, not Arkansans. Voters should take a look at this election and the choices before them and work to make sure our next Senator represents the people of Arkansas for a change,” said DPA chairman Michael John Gray through a spokesperson.

Young said other Democrats across the state are also joining Whitfield’s campaign efforts. Later this year, he will be invited to speak at a meeting of the local Democratic Committee.

“He [Michael John Gray] said typically, we don’t endorse other candidates, other than a Democratic candidate, but in a case where you have no Democratic candidate, there’s no rules against us having this candidate coming to speak to us and us actually assisting this candidate by gathering signatures and encouraging our members to check out his platform and consider voting for him,” Young said. “I do represent the party in Union County, and I do want to follow the party rules, but I also want to be able to offer to our members and to Democrats in south Arkansas an option other than Tom Cotton.”

Dan Whitfield is currently traveling through the state to deliver signature collection binders to his various teams.