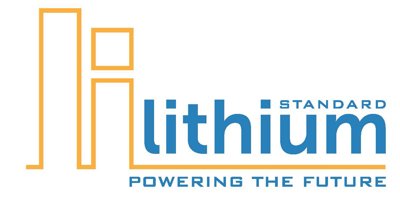 British-native, Canadian resident (and Burnley fan) Andy Robinson is the president and chief operating officer of Standard Lithium, the Vancouver company working with Lanxess in Union County to produce lithium carbonate, a chemical that is used in the manufacture of lithium batteries.

Robinson, who holds a Ph.D, and an engineering team from Standard Lithium were in El Dorado earlier this month as the test facility they've constructed on Lanxess' south plant facility began its commissioning process.

The next step will begin around the first of the year and, within a few months, the concept pitched by Robinson and his company should be sufficiently proven. The modular demonstration plant was built in Canada, shipped to Arkansas over the summer and installed. Robinson said the company built a structure over it, added an office, control room and laboratory and began connecting utilities, services and pipelines last week.

"We know the process works — we've already tested in on several different scales," he said. "This demo plant will demonstrate to Lanxess that what we said works actually does work, you can watch it 24/7 and it keeps churning out a lithium product that we can convert into something that's saleable. It's a very large scale proof of concept."

The company developed technology used to extract lithium from waste brine, which is a byproduct of the bromine production process. Taking a structured, measured approach to the project is the best way to move forward, although Robinson is confident in the technology and the partnership.

"Once this is up and running, after a couple of months, we'll be able to have substantive discussions with Lanxess," he said. "At that point... that's the trigger to then sign the [joint venture] agreement, so an actual separate join venture company where we're both part of it. Then we'll move that project along. We'll walk before we run.

"If we build out just on what's done right now, we can supply 21,000 tons of lithium carbonate per year, and that's a significant sized project, a world-class project. The resource is enormous, we have other land; it's fair to say, there is more that can be done."

Robinson noted that the process is effectively a chemistry project.

"We're making chemical products, not a raw commodity," he said. "We're extracting it from the brine, then we're doing sophisticated chemistry to convert it into a chemical that goes into batteries. It's a high-end product."

The idea of producing a lithium product in South Arkansas may sound far-fetched, but Robinson said people have spoken about the lithium/brine resource in Arkansas for years, and considering size of the resource, the project made complete sense.

"The resource is huge, but then all the infrastructure is here, the industry to handle and manage brine is already here," he said. "There's nowhere in the world where you could go with this kind of lithium resource where they're teaching at local college how to run a chemical plant and how to handle brine. The combination is unique in El Dorado and Southern Arkansas.

"You have the resource, chemical plants operating, thousands of people involved in the brine industry in Union and Columbia counties. You've got loads of electricity at a good price and lots of water, which is unique to most places where people want to process lithium. It's the perfect place for this to work."

That's good news for South Central Arkansas, Robinson noted, because the demand for lithium batteries (which power your cell phone, laptop and tablet) isn't going away any time soon.

"Lithium is really unique, it's incredibly light," he said. "The lithium-ion battery technology — my daughters, who are 11 and 14, will still be using lithium-ion batteries every day when they're talking to their kids. They're here to stay, and capital for factories that make the batteries is being deployed to the tune of billions of dollars. GM announced [recently] they were going to build a $2.3 billion factory in Ohio to make lithium batteries. The industry is only going in one direction. We're at the point in El Dorado where we're going to be the U.S. hub for it. It's the next energy revolution, we're right on the edge of it, and El Dorado will play a part in it."

Robinson cautioned that the company doesn't take anything for granted, but there are quite a few positive factors that point to the project's success.

"We have an excellent resource, extraordinary existing infrastructure, political and community will and an excellent partner," he said. "Because of those things we're confident we have a real project here that will continue to move through the necessary development stages. The key element is the Lanxess partnership. Lanxess has 73 chemical plants around the world, they employ tens of thousands of people. They have extensive and sophisticated sales networks to sell specialty chemical products. That's the critical part of the whole story."