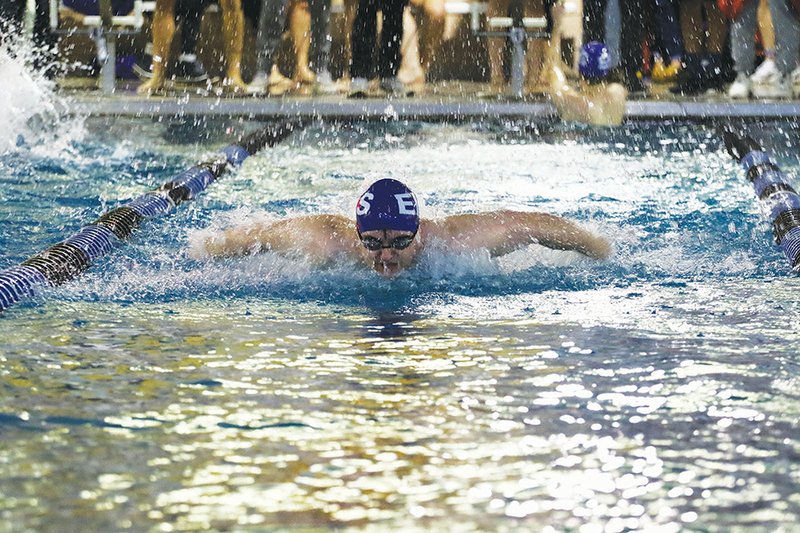 El Dorado edged Magnolia 418 to 408 to win the boys’ competition in the Wildcat Invitational Swim Meet Tuesday at HealthWorks Fitness Center. Camden Fairview was third with 196.

“It was a quick meet,” who said El Dorado’s baseball team helped out as timers. “The kids had great swims. Main goal was to hit more qualifying times and PRs and I believe we accomplished that.”

El Dorado’s state qualifiers at the meet included Everett Gati in the 100 backstroke and Adrianna Arnold in the 200 freestyle and 100 butterfly. Also, both boys and girls 400 free relays qualified as well.

The boys’ competition was close throughout.

The Wildcats tallied 59 points in that event and then went over the top by winning the final event, the 400 freestyle relay.