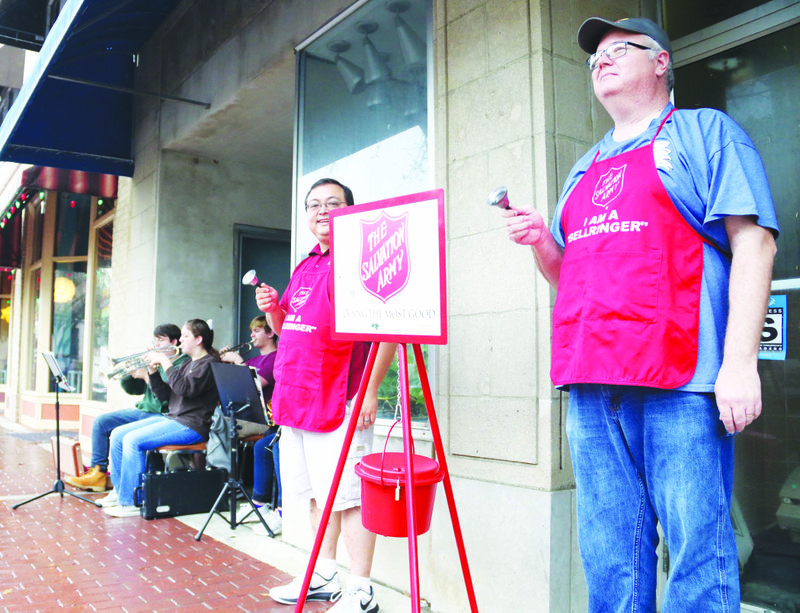 Despite a late start to the holiday shopping season with Thanksgiving falling in the last week of November, Black Friday shopping was up 14-16% across brick-and-mortar stores and online sales, respectively, according to Adobe Analytics. Right on its heels was Shop Small Saturday, and today, Cyber Monday. Tomorrow, though, aims not to stimulate the economy, but to serve as a reminder of the “reason for the season” and an opportunity to give back.

GivingTuesday is a social media phenomenon dating back to 2012 that has since grown into “a global generosity movement that inspires hundreds of millions of people to give, collaborate and celebrate generosity,” according to the organization’s website.

Its origins are credited to the 92nd Street Y in New York City, but as of last year, #GivingTuesday has expanded to 150-plus countries with more than $400 million raised online for charities and nonprofits across the world in 2018 alone. Now an independent organization, givingtuesday.org offers a variety of information, ideas and resources for people to give back. But already circulating locally on Facebook is the social media giant’s #GivingTuesday Donation Match Program, which pledges a total of $7 million in matched donations made on Dec. 3.

Those who find themselves scrolling through their Facebook newsfeed have possibly already seen some of the local options, such as United Way for Union County, The CALL, Main Street El Dorado, De Soto Area Council Boy Scouts and the Magdalene House – El Dorado. Many nonprofits, however, will launch GivingTuesday campaigns tomorrow, as Facebook will only match donations made on Tuesday, Dec. 3 from 8 a.m. EST to 11:59 p.m. PT.

Facebook will match donations made to U.S.-based 501(c)3 nonprofits up to $7 million on a first-come first-served basis. According to Facebook, donation matches will be capped at $20,000 per donor and $100,000 per nonprofit in order for the program to match more donations and causes. One-hundred percent of donations made through the Facebook program will go to the assigned nonprofit.

While the online phenomenon provides a way for worn out shoppers to give back via the comfort of home over a computer or smartphone, the ultimate goal of the #GivingTuesday phenomenon, according to its organizers, is to encourage people to get involved in their own communities, whether it’s giving time, dollars, goods, or talent, as in skills or services.

The “reason for the season” is already abundant in El Dorado, with nonprofit charities, organizations and community members banding together to collect money, food, presents and more for those in need.

“This time of year, as we spend time with our friends and family, we often reflect on how fortunate we really are,” said Alexis Alexander, executive director for United way. “I think as we do that as a community, it really becomes evident that there are important needs that others in our community have. And there’s so many ways that people can help and give back, whether it’s through volunteering time or donating money. Because honestly, when you think about why we are celebrating the season and what we’ve received, the least we can do is give back.”

Below we’ve compiled a list of just a few ways you can give back, on GivingTuesday and throughout the holiday season. This list is far from being complete in all the ways you can give back this holiday season. Find a nonprofit that supports a cause you care about, or offer a helping hand to a neighbor or make a store clerk smile during the stressful shopping season — every act of generosity counts, no matter the day of the week or time of the year.

• The United Way of Union County, in addition to a GivingTuesday Campaign, will accept donations through the end of the year via unitedwayunioncounty.com or by calling 870-862-4903. The United Way relies heavily on donations to support the 12 nonprofits in the area serviced by the umbrella organization.

• HOPE Landing, a nonprofit providing therapeutic services to children with physical and developmental disabilities, will host the annual Christmas on the Ranch and Steak Cookoff to raise funds. The public is invited to attend the event on Dec. 14 at HOPE Landing to see Santa, make crafts, take a “sleigh ride,” play games and shop for crafts. Steak plate tickets are available for $20 each.

• Courthouse Cans for Kindness, a new food drive organized by Union County Judge Mike Loftin, is collecting canned goods for the Salvation Army Food Bank. Donations may be dropped off at the Union County Courthouse during operating hours from 8 a.m. to 4:30 p.m. Monday through Friday.

• Santa Paws Christmas Trees are setup at local veterinarian offices, shops and business downtown, and at Walmart to raise funds and awareness for the Union County Animal Protection Society. The animal shelter also accepts goods donations at Petsense, Union Kennel and Atwoods, as well as volunteers. The crews work rain or shine, every day including holidays, and also accept donations for stocking caps, gloves, warm socks and gift cards.

• The CALL, which serves foster children in Union County, is accepting donations of diapers and other necessities, as well as hosting a GivingTuesday Campaign. The organization will setup at First Thursday on Dec. 5 in downtown El Dorado, as well, to collect items from its wish list.

• Employees of the Income Tax Place on Hillsboro are collecting gifts and monetary donations to fulfill Christmas wish lists for older children in the foster care system, placed through the Department of Human Services. The trio of women also invites volunteers to help wrap the presents, which are distributed through DHS caseworkers, and asks that all donations be made by the second week of December.

• The local Salvation Army has a number of ways for the community to give back this holiday season. The organization is in high need for volunteers to ring the bell for the Red Kettle Campaign, which now allows donors to make not just cash donations but donations through their smartphones. Those interested in volunteer are asked to sign up through registertoring.com. The Salvation Army in El Dorado relies 100% on volunteer participation during bell ringing season. The Salvation Army also has Angel Trees around town to assist in purchasing new clothes and toys for children in need. All angels need to be returned by Dec. 9. For a list of location and drop off times, contact Capt. Elyshia Perdieu at 870-315-6848.

• Life Touch Hospice will host its Tree of Lights Ceremony at 5:30 p.m. on Dec. 3, as a time to appreciate, celebrate and remember the lives of loved ones. The Tree of Lights will be available for viewing throughout the month at 2301 Champagnolle, and monetary donations are welcome.

• Several toy drives in the area are still open for donations, including Oddities Toys 4 Tots, the Teague Ford Lincoln Toy Drive for the Salvation Army, the Smackover Branch of Union County Public Library Systems toy drive, and Noalmark’s M.A.S.H., Make a Smile Happen Toy Drive, which will benefit Turning Point, a nonprofit servicing women and children who are victims of domestic violence.