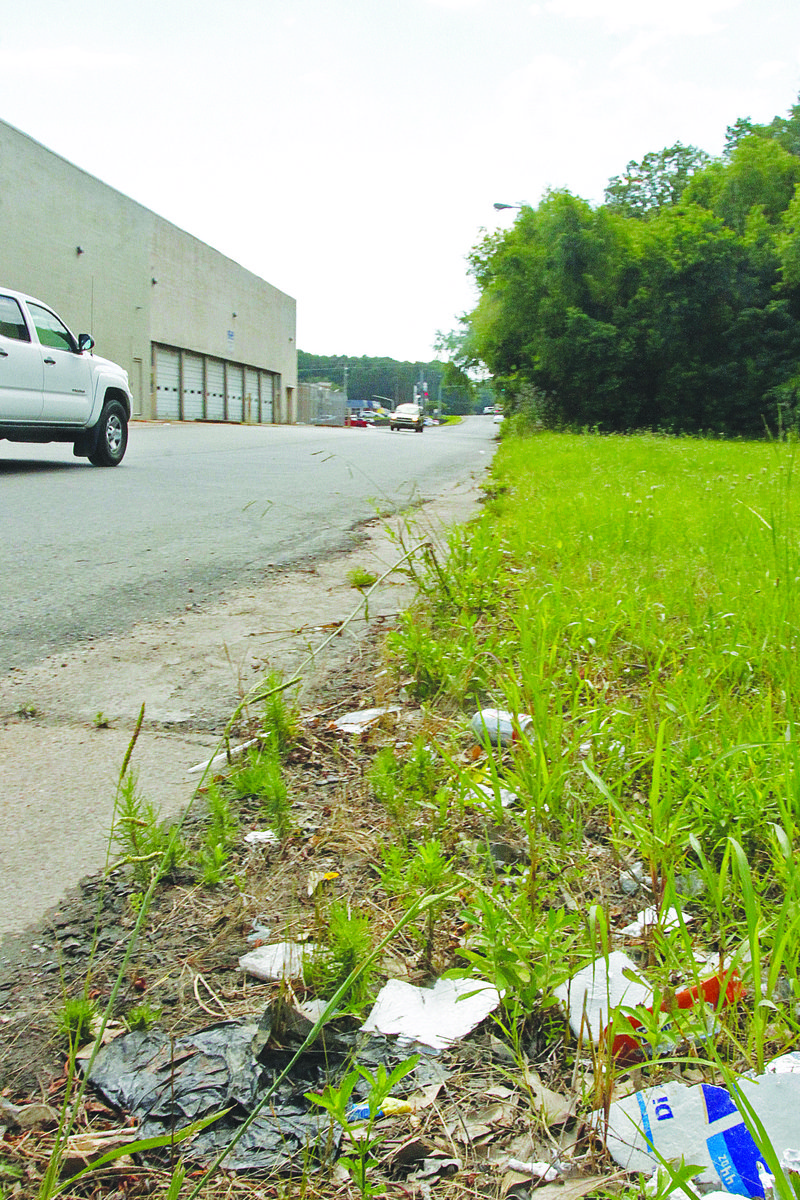 Union County’s prolific litterbugs were denounced at a recent meeting of the county’s Quorum Court when a resident called out those dumping trash on Mount Holly Road.

Kenny Hassenteuffel, a Union County-transplant originally from the Dallas/Ft. Worth metroplex, said ever since he purchased property in the 6000 block of Mount Holly Road last November, trash has been dumped along the roadside constantly.

“There’s been a lot of litter over the past few months, and the severe thunderstorm, from the early May thunderstorm, has left a lot of debris on the sides of Mount Holly Road,” Hassenteuffel told justices of the peace last Thursday. “I’m here just to make a request – that if there is enough money in the budget to just clean up that litter, I would be very, very grateful.”

Hassenteuffel said he typically cleans up to his property line, as does his across-the-street neighbor; however, with two young children and a full-time job, he cannot clean up after everyone.

“We can pick that trash up – we usually have a crew that works either on Friday or Saturday picking up trash – but Mount Holly Road is just like the rest of the county: I can pick it up this week and by Wednesday of next week you can’t tell I’ve been there,” Loftin said.

Hassenteuffel is not the first county resident to complain about litter. At a town hall meeting held in March for El Dorado’s Ward 1 residents, several brought up trash dumping on the roads leading out of the city.

“I was driving around this past week … I cannot believe all the freaking trash thrown out on these streets around El Dorado, Arkansas,” one El Dorado resident said. “Do we not have people that can work their time (jail sentences and fines) off, or some other way to do this?”

In June, the El Dorado City Council appropriated $85,000 to hire 20 part-time employees to clean up litter and overgrown foliage around the city throughout the summer.

Sheriff Ricky Roberts told Hassenteuffel that he too cleans up his neighborhood, typically to find more trash in the same areas within days.

“My wife and I personally have been out there with some inmate labor from out at the county jail,” Roberts said. “The problem that we’re having now is that our pool that we can pull from at the county jail is very limited; we can’t take felons out into a neighborhood.”

Roberts said out of 213 available beds at the jail, about 200 were filled Thursday, with approximately 95 percent of those incarcerated being felons and the other inmates being remanded due to non-payment of child support. He said he is working with local judicial officials to see if there is a workaround for the inmate-work rules, but thus far has not found one.

“I don’t know if it’s (that) we need to educate our young people about throwing litter or what, but it’s a problem not just in your neighborhood,” Roberts told Hassenteuffel. “It’s in the city, it’s in the county, and we’re trying to address it as best we can.”

Greg Harrison, district 3 JP, said he too deals with litter at his residence near Calion Road.

“My kids will see trash and they want to stop by and pick it up … but it’s right back there the next day,” he said. “It’s some of the most unsightly things you’ll see – beer bottles, beer cans. And once we pick it up, it’s the exact same stuff the next day. We wish that all of our citizens were just like you, that took pride in the community they live in.”

District 4 JP Dean Storey thanked Hassenteuffel for sharing his thoughts, saying he hoped the Quorum Court may eventually figure out a way to solve the littering problem in the county.

In a later interview, Roberts recalled a program Union County used to have, where low-risk offenders could work off fines from misdemeanor offenses on the weekends if they had 9-to-5 jobs.

“That may be something that we need to think about maybe going back to,” he said. “I would be open to something like that.”

Donald Brock, district 10 JP, is Hassenteuffel’s representative on the Quorum Court. He said he has also noticed the litter problem; in fact, it was one of the issues he ran on when he was elected for his position last year.

“A large part of the problem is the limbs and debris left over from that big thunderstorm earlier this year,” Brock said, going on to say that after the meeting, he and Loftin agreed that some of Loftin’s street crews will clean up the limbs on Mount Holly Road soon.

Once the weather has cooled off, Brock said he plans to organize a community clean-up for his district, which is located in and near Smackover. He said Loftin will supply any necessary clean-up materials, like trash bags and trucks, and that some county employees may be granted overtime to assist with the effort.

No date has been set for the clean-up yet, but Brock said he is looking forward to it.

“We’re going to try to make a big deal of it to get it cleaned up,” he said. “And if it works out well, maybe we can do it on a regular basis!”