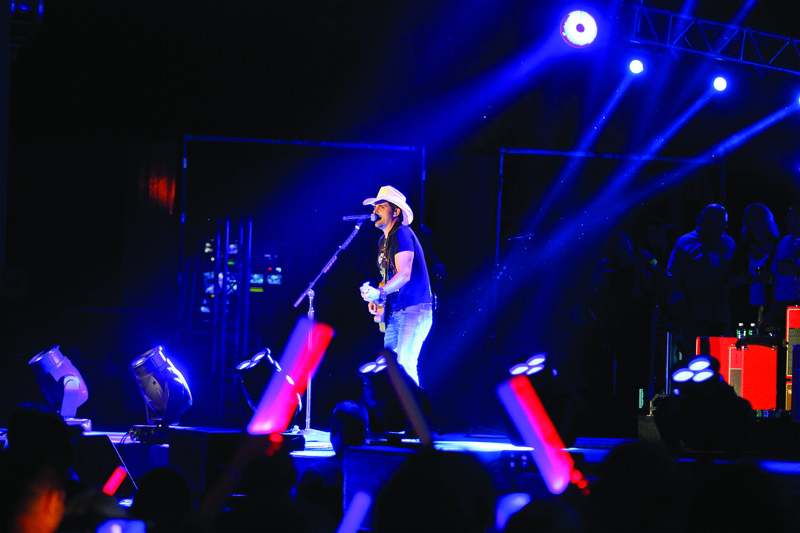 When Bob Tarren arrived in El Dorado in 2017, he had a tall task ahead of him.

As chief marketing officer of the Murphy Arts District, Tarren had about eight months to build the branding, website, establish membership and sponsorship initiatives and more. He explained to members of the El Dorado Rotary Club Monday afternoon that the eight month time frame was a little nuts, but that MAD itself was based on a strong concept.

With Murphy Oil having made the El Dorado promise, that made the community even more attractive to potential employees. MAD could help with employee recruitment and retention by adding dining and entertainment venues, and could help inject dollars into the local economy.

“There were enough signs to show this could work,” he said. “In our own conversations, both analytically and intuitively, we thought this could work. What does work mean? Better quality of life, economic improvement and revitalization and employee recruitment and retention. Those are some of the pillars that help up the foundation of the mission.”

They needed a name first. Tarren wasn’t a fan of the ones that were suggested to him.

“We didn’t have much; we had this crazy idea, and I thought, ‘It’s crazy, it’s bold,’” he said. “I’m at home, trying to figure out why I’m not going to use the names I was given, and I need to come up with a name. As I’m talking to myself, I started doing synonyms: this is really a crazy, mad idea. Then it kind of hit me, and that’s how MAD came about. Reverse engineered, it gets you right to Murphy Arts District. The epiphany was that it came out of what we were doing.”

“Strategically, if you can start with some national media and then move down to local, local and regional pay a little more attention when they see national picking up your story,” he said. “We aimed national, and then we calibrated back down. So we’ve had some pretty good success; probably close to 7.5 billion unique impressions.”

The public relations initiative that Tarren led worked. MusicFest was recognized as Festival of the Year by Arkansas Festival & Events and MAD won the top place Henry Award from the Arkansas Govenror’s Conference on Tourism, as well as the 2018 Platinum Adrian Award for Public Relations by national hospitality public relations and marketing association HSMAI. MAD is also a finalist for the 2019 PR News Platinum Travel and Tourism category.

Of course, the larger goal is about bringing people into El Dorado from outside the community to inject their dollars into the local economy, and make it easier for local companies to attract and retain quality employees.

“If we could build this thing and program it, then people from outside of El Dorado would come and bring their money with them,” he said. “Every time I buy something in this town, I’m helping somebody’s job stay a job. And the tax dollars that are generated go into the city, which pay for police and fire, etc. It’s all part of an ecosystem. If MAD works, the economy gets a boost.”

Tarren discussed future plans for MAD as well. A gap analysis of interested demographics compared to individuals who also purchased tickets has resulted in changes for the upcoming MusicFest.

“We’ve heard some really terrible things on Facebook saying you guys have lost your way,” he said. “But we’re listening to what the audience is telling us, and they’re telling us they want more current stuff in all of the programming we’re doing. You have to be very responsive to what people want in addition to what you’re doing.”

He also talked about Phase 2, the art gallery/exhibition building and the renovation of the Rialto, noting they’re still in the fundraising phase for both projects. Initially, the idea was to do both at the same time, but now MAD plans on completing one at a time.

“We don’t want people to think about us as an ordinary place, but as an idea. We’re a crazy idea,” he said.

It’s an idea Tarren helped lead, but one that will need to carry on without him. He plans to leave MAD at the end of October, returning to Virginia to spend time with his family.