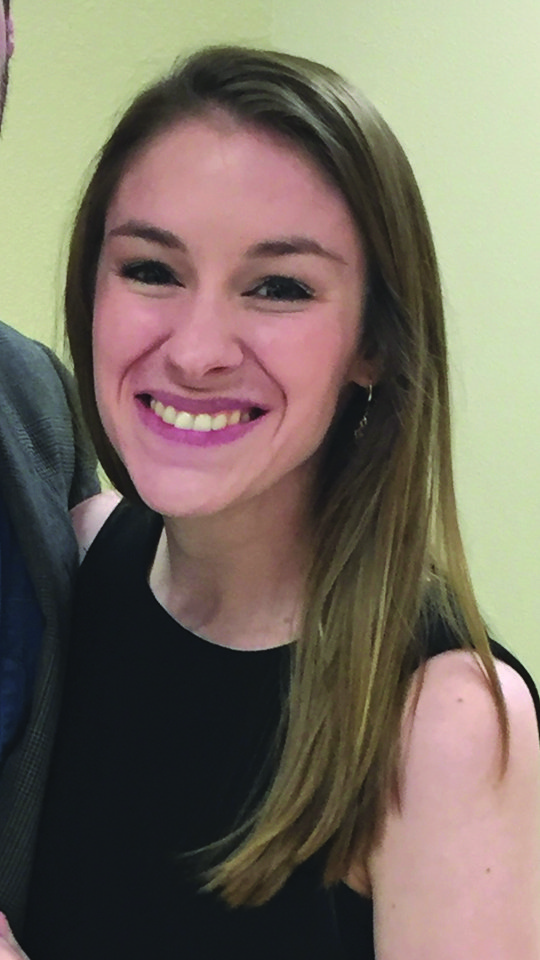 Katy Callaway, an El Dorado High School graduate and Murphy Promise scholar, made her silver screen debut a few weeks ago with the release of “How to Train Your Dragon: The Hidden World.”

Though you won’t see Callaway herself on-screen, her work will be visible any time Hiccup’s hair blows in the wind or Toothless walks on grass; her name will appear in the end credits alongside several other Character FX artists.

“It’s a very niche part of the [animation] pipeline, Character FX is, so it’s cool to know a lot about this kind of weird, random thing people don’t necessarily think about when they’re watching the movies,” Callaway said.

Callaway started her career in art years ago, when her mother signed her up for weekly art classes with Melinda Godsey, a noted artist from El Dorado.

“The art community, in general, in El Dorado is very good, especially for how small it is. The (South Arkansas) Arts Center is great, a lot of the art teachers throughout the public school system are great,” Callaway said.

She attended Hugh Goodwin Elementary and moved up through the El Dorado School District, graduating from El Dorado High School in 2010. She went on to attend Texas A&M University with the help of a Murphy Promise scholarship.

Callaway originally pursued a pre-med biology degree. At that point, she was interested in becoming a reconstructive surgeon.

“I’ve always liked both science and art, but I was kind of like ‘you can’t really have a career in art, so I’m just going to do science,’ but in my head, I was like ‘I can do reconstructive surgery, which is kind of an artistic type of surgery,’” she said.

In her sophomore year, though, she decided to go in a different direction. She spent most of that year taking general education classes while applying to move into TAMU’s Visualization program. She was accepted and began studying in that program her junior year.

“It’s more centralized, so I feel like I was glad that I did A&M. I loved A&M. I loved going to the football games and I loved doing all that kind of stuff,” Callaway said.

During her undergraduate studies, Callaway attended a study-away program at the Savannah College of Art and Design in Georgia. She ended up going back to SCAD for graduate studies, where she received her master of arts degree in visual effects.

After college, Callaway was selected for a summer internship at Blur Studios, a visual effects, animation and design studio in Culver City, California, part of the greater Los Angeles region.

There, she worked mostly on video games and trailers. Those projects lasted between six and 12 weeks, whereas Callaway’s film work has consisted of projects that last six months to a year.

Still from “How to Train Your Dragon: The Hidden World.” Dreamworks Animation via AP

After a year at Blur Studios, Callaway was accepted into a 10-week Character FX training program at Dreamworks Animation. She was offered a job after the training; now Callaway is a Character FX artist for the production company.

For “How to Train Your Dragon,” Callaway was responsible for hair and cloth motion, plant interactions and some general animation cleanup. She said her main goal in that role is to produce realistic-looking motion without distracting from the rest of the film and action on screen.

“I think it adds a little bit of finesse that makes things feel more real, because typically, without us, it would kind of look like the clothes were glued to the body. So a skirt wouldn’t fall, it would stay in a kind of cylinder shape and move with the character, or the hair literally would just be in its original shape, not moving at all,” she said. “And that’s why I say it’s things you don’t really notice, because the main goal for our work is for it not to be distracting.”

For example, Callaway helps to animate the interactions between plants and characters; when a character steps on a patch of grass, Callaway flattens the grass under their foot before reviving it when the characters steps forward again. Her job can’t really be simplified to that example, but, like Callaway, it helps to paint a picture.

Callaway said one day, she hopes to move to Art Direction for animation, perhaps as a Character FX supervisor.

“I think that whenever I’m looking at movies or other shots, I’m kind of always internally saying ‘I would’ve done it this way,’ or ‘I think it would look better this way’ for some stuff, so I think what I would like to do in the future is have a more art direction sort of role,” she said.

Still from “How to Train Your Dragon: The Hidden World.” Dreamworks Animation via AP

Currently, Callaway is working on another film for Dreamworks, "Abominable," set to release this September. The film stars Sarah Paulson and Eddie Izzard.

For other artistic or creative students, Callaway said they should know that a viable career making art is possible. When she began at TAMU, she didn’t believe that, but almost 10 years later, she said she is glad she changed paths.

“If any kid is liking art, I think it’s important for them to know that they can do art for a living, they just may not know what all is out there,” Callaway said. “I think it’s really hard to even understand what goes into animation, and if you’re somebody that is like ‘I like art,’ you may not even see that as a career path … but it’s definitely possible. You can learn it like you can learn anything else.”