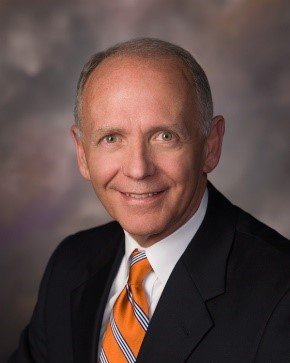 Jim Dailey will be the speaker when the Rotary Club meets at noon Monday at Buffet Palace restaurant in front of Walmart.

Dailey serves as the Tourism Director for the State of Arkansas. A Little Rock native, Dailey graduated from the University of Arkansas at Fayetteville and served for more than 20 years as an elected official, 14 of those as mayor of Little Rock from 1993 to 2006. He worked to expand the Statehouse Convention Center, build Verizon Arena and create the River Rail and Big Dam Bridge projects. After serving as mayor, he worked as a broker/consultant with Flake & Kelley Commercial Real Estate. He has been president of the National Office Products Association, president of the Arkansas Municipal League, chairman of the Advisory Committee of the National League of Cities, chairman of the FCC Intergovernmental Advisory Committee, a member of the Arkansas Broadband Council, chairman of Little Rock’s Airport Commission, and chairman of the Arkansas State Parks, Recreation and Travel Commission. He has been married to Patti Murphy since 1965 and they have two daughters, two sons and six grandchildren. Dailey loves the outdoors, particularly the activities of hiking, camping, backpacking and amateur photography.

Carter Bryant will be the speaker when the Kiwanis Club meets at noon Wednesday at First Presbyterian Church.

Bryant’s life motto is “Make people Smile. Make Life Happen”. If you do that, everything else is smooth.

His life is fantastic. He hosts two daily radio shows in El Dorado, Arkansas. “The Carter Bryant Show” is a sports talk program from 6-8 am on AM 1400/107.1 FM “The Fan”. He also does “The Rowdy Ride Home w/Carter Bryant” on KIX 103, where we play the best country and take the best callers.

I also do standup comedy and create comedic videos. Check them out on Instagram, Vine, Twitter and Snapchat @CarterthePower. In my adventurous past, I created a wide variety of sports features for organizations across the country.