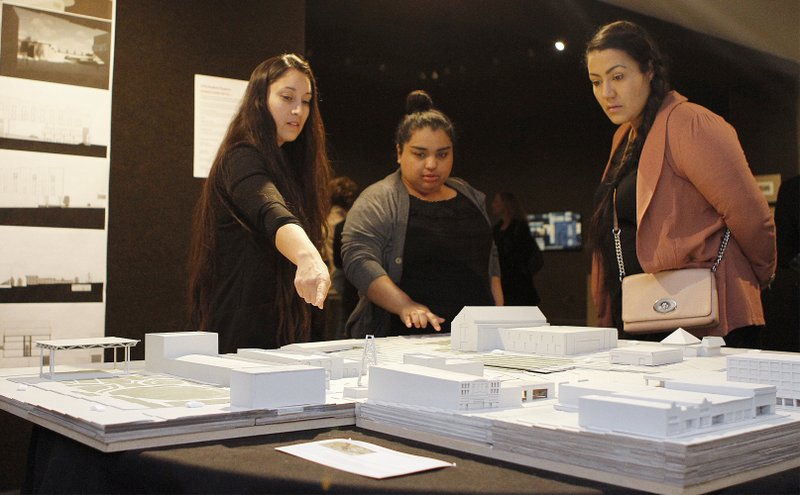 An exhibit is currently on display at the South Arkansas Arts Center featuring an architectural study of the downtown portion of El Dorado prepared by architecture students from the University of Texas at Arlington.

The exhibit, titled “UTA Student Projects: DOWNTOWN HOTEL +," will be displayed in the Price Gallery until Dec. 2 at SAAC.

The architectural design studio class was assigned to develop a hotel that would be placed adjacent to the Murphy Arts District in downtown El Dorado. The class was also tasked to incorporate an additional feature to the hotel that would add to its appeal.

To truly understand El Dorado and Arkansas as a whole, the class went on a week-long field trip in June, visiting cities including Fayetteville, Bentonville, Eureka Springs, Hot Springs and ended their trip in El Dorado.

“While we were in these towns, I asked the students to be perceptive and see what was special about each of those towns,” said George Gintole, architectural designer and professor of the class.

Gintole said the students also researched El Dorado to try and understand what would best be inserted and would make it distinct from other towns in Arkansas.

Some of the projects included additional features including a timber industry science museum, urban garden/farming education center, a brewery, a health spa and art studios and galleries.

Douglas Stanton, a registered architect and an El Dorado resident, said he was aware that there was an interest for a downtown hotel and suggested the idea of the project to Gintole.

“I just thought it would be a lot of fun,” Stanton said. “I taught school for years and I know that teachers of design studio are always looking for ideal projects to assign. I think El Dorado is a pretty neat place and [Gintole] agreed.”

The project lasted five weeks and in those five weeks, students created virtual and physical models, as well as architectural blueprints.

“What architects do, especially students of architecture, is that we try to dream,” Gintole said. “We try to speculate and we do that by virtual models, drawings and sometimes words.”

Gintole said it was a coincidence that the the new boutique hotel was announced for downtown El Dorado the same week that the student’s display was announced.

“Of course in reality with other professionals, there would be landscaping architects that would be brought in to talk about different trees and landscaping,” Gintole said. “Most of these are proposals for them to dream about … a hotel plus something else.”

The display at SAAC includes a large model of downtown, with models of each student’s hotel on the wall in the gallery that individually fit on the display.

Student Deisy Carrasco said she got her inspiration for her hotel design, which is the timber industry science museum, from Fay Jones’ wooden chapel work and the fact that Arkansas is a big industry in timber.

Carrasco is currently in her last semester of her master’s program at UTA.

Antonio Molina said he wishes he still had more time to work on his project, which was a brewery incorporated into the hotel.

“With more time, there would have been more development to it, but we were pressed,” Molina said. “I’m in my last semester of my master’s and I’m relating some of the things I learned during this process in a new project I’m working on.”

Molina said he really liked El Dorado and added that he saw a lot of potential in the city.

For more information on this exhibit, visit www.saac-arts.org. 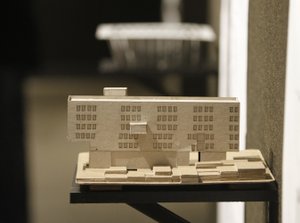