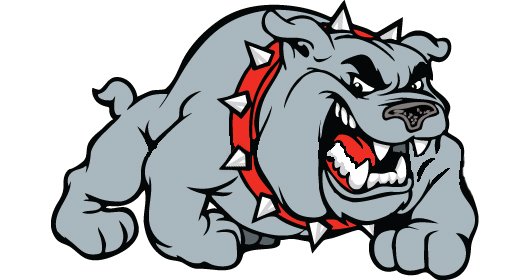 After qualifying for the playoffs in 10 of 11 seasons, Strong has missed the postseason in each of the last two years.

Now Strong is hoping Sirl Wright can get the Bulldogs back to the postseason.

Wright was recently hired as the school’s new football coach, taking over after Greg Anthony departed after a two-year stint.

Wright comes to Strong after serving as an assistant coach at Crossett.

“Strong is close to my hometown, which is Crossett,” Wright said. “I always had the ambition to be a head coach, and I’ve always heard great things about the Strong School District. When I heard that there may be an opening, I put my hat in and interviewed. Everything went well and here I am today.”

Given how late Wright’s hiring was, it would be easy to assume that Strong would be at a disadvantage with the start of practice just one month away, but Wright is confident he can have the Bulldogs ready.

“It’s a disadvantage for all of the planners out in the world,” Wright said. “You always want to have a pretty strong spring to get acclimated to the kids, but even with this hire being as late as it is, I feel extremely positive, and I feel confident in my abilities to communicate with the staff and the students to make us a formidable opponent.”

With schools in the midst of the two-week dead period, Wright is busy preparing for what will be a busy July, and he added that he will be evaluating the team instead of going to camps or 7-on-7 tournaments.

“It’s primarily going to be my own evaluation,” Wright said. “We’re not going to do 7-on-7’s this year. It’s a little too late for that. We’re just going to start implementing my system as soon as possible, and from there, we’re going to move forward and give each and every opponent we have a very tough fight. Hopefully, we’ll have a very successful season.”

Wright said he’s gotten a positive response from the members of the team he has met, and he is eager to get going once the dead period concludes.

“It’s been pretty positive,” Wright said. “I’ve seen a few. Unfortunately, it’s right along the time of the dead period, so technically, we can’t really have any workouts or communication or anything like that, so it kind of hinders us. I’m planning on having a team meeting as soon as possible so I can get everybody on board and ready to go when we kick off the fall season.”

Wright served as the defensive coordinator at Crossett during his tenure with the Eagles, and he said wants to be multiple on defense.

“I’m a multiple defensive guy,” Wright said. “I seek the athletes and if you’re able to play and produce, I look at that and try to get the 11 best guys on the field. On offense, it’s going to be more of a pro to multiple set.”

Although he may be getting a late start, Wright said he is ready for the challenge.

“I’m happy to be a Bulldog,” Wright said. “I want to reach out and be a great base for these kids, this community and the staff.”