Hartsell discusses the hurdles to addressing the issue by By Caitlan Butler | January 24, 2018 at 5:00 a.m. 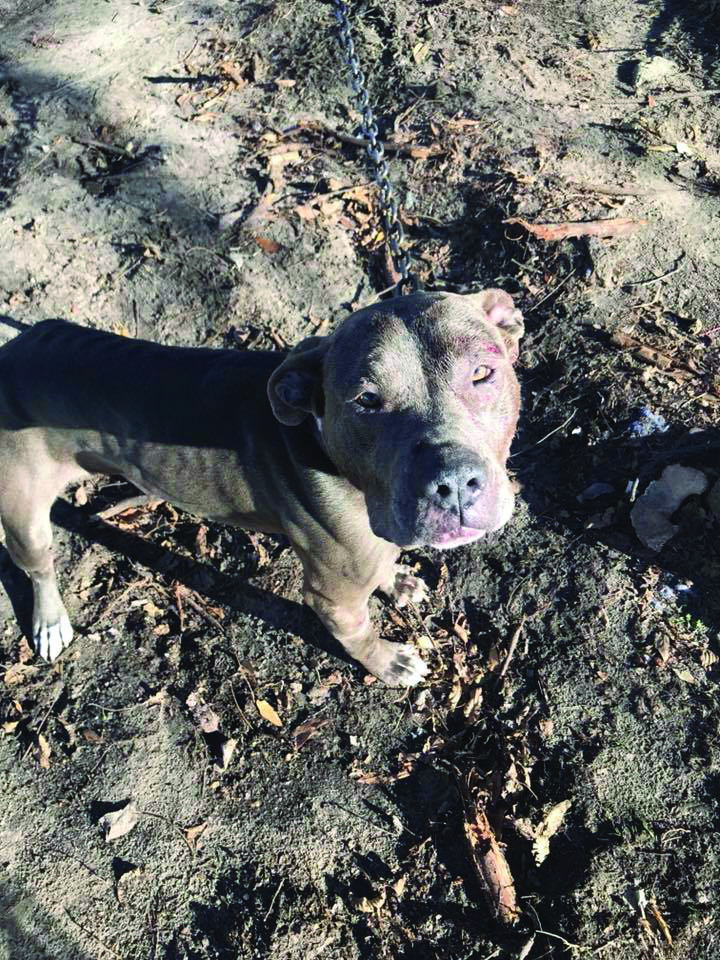 Animal Control Officer Charles Hartsell was just too late to break up a dog fight and arrest suspects Monday.

“I’m across town, of course, you’re always across town when something happens,” Hartsell said regretfully, as he described the circumstances around Monday’s incident.

After receiving a tip about a dog fight Monday afternoon, Hartsell and three officers went to the location, which was not disclosed to the News-Times, where they found two dogs, chained, with fresh blood and wounds on their bodies, including on their faces and necks. Officers and Hartsell questioned people who were on the porch at the property next door and standing in the street, but they all claimed to have not seen any evidence of a dog fight and no once claimed to own the dogs.

The dogs are now being held at the city pound until they are claimed. If they are not claimed within a week, Hartsell said, they will be available for adoption.

“They’re gentle dogs … both of them are friendly, but you can’t adopt them with anyone who has small kids or other animals, it wouldn’t be safe,” Hartsell said.

He said forcing dogs to fight can change the animals for the worse.

“Its demeanor changes 100 percent once it’s in the ring,” he said.

Some dogs can be rehabilitated if the extent of their experience fighting was not too prolonged. Others are less fortunate – a dog that is too aggressive will be euthanized.

According to the American Society for the Prevention of Cruelty to Animals, while there was a reduction in dog fighting cases in the 1990s, the internet has made it easier to organize fights and cases have risen in recent years. Because the fights are so secretive and law enforcement must catch perpetrators in the act, dog fighting is hard to prosecute.

“I catch them when I can. There’s nothing else you can do. I write the tickets, they go to court, they get fined, they never pay … it’s just a big circle,” Hartsell said.

He said that “dog fighting rings” are a common misconception – while they do exist and are a problem, most dog fights are what he calls “streetfights.”

“Rings are like the bigger ones, the one that happens every so often, and it’s a lot of people – these are just kids. They get out of high school and they go grab their dogs and go fight them … It happens all the time.”

Nationally, about 40,000 “ring” fights happen yearly, while 100,000 “streetfights” happen, Hartsell said. While the bigger “rings” will usually involve gambling and have a larger crowd, the “streetfights” are more common for Union County.

“These kids are not fighting for money – they grew up doing it, saw other people do it,” he said.

Hartsell was contracted by the city to act as an animal control officer. He works with his daughter, Stephanie, and they serve areas in Union and Calhoun counties.

If anyone has information regarding animal cruelty, contact Hartsell at 870-310-4245.