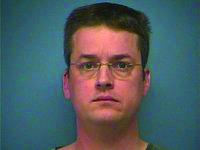 A former Union County sheriff’s deputy was sentenced Thursday to just more than 12 years in federal prison on one count of knowing receipt of child pornography.

According to a release from Duane Kees, United States Attorney for the Western District of Arkansas, Justin Grant Crain, 38, of El Dorado, was sentenced to 148 months in federal prison followed by five years of supervised release at the sentencing hearing in the United States District Court in El Dorado.

According to court records, in April 2016, the National Center for Missing and Exploited Children forwarded information to the Arkansas State Police that images of child pornography were uploaded to cloud storage associated with a specific phone number. A resulting investigation by the Arkansas State Police and the Department of Homeland Security revealed that the images were uploaded by Crain.

At the time, Crain was a sergeant with the Union County Sheriff’s Office, where he had worked for nearly a year and a half. Prior to working for the sheriff’s office, Crain was an officer with the El Dorado Police Department.

At the time of his arrest, officials with the sheriff’s department told the News-Times that Crain was terminated from his position in the office after the sheriff learned of the investigation the week before Crain’s arrest.

In June 2016, Crain was indicted by a federal grand jury sitting in the Western District of Arkansas and pleaded guilty to the knowing receipt of child pornography in March 2017.

The case was investigated by the National Center for Missing and Exploited Children, the Arkansas State Police Cybercrimes Unit, the Department of Homeland Security, the United States Secret Service, the Union County Sheriff’s Office and the Arkansas Internet Crimes Against Children Taskforce. Assistant United States Attorney Benjamin Wulff prosecuted the case for the United States.