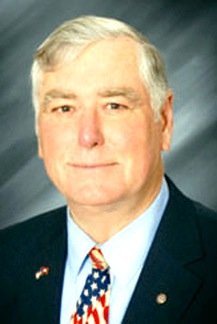 Past political experience, if any: Lifelong Republican. No elected public office prior to becoming Mayor of El Dorado.

Is the position part-time or full-time? Full-time

What are the responsibilities of the position being sought and how would you tackle the job? City governmental operations are administered via the Mayor/City Council-person type of government, as such the Mayor is the City’s Chief Magistrate. Firstly, I studied the responsibilities before entering office and have since maintained an Arkansas Municipal League Certification as a graduate of Municipal Office throughout my two terms.

Why did you choose to run again? There are many major exciting and game changing developments on the horizon for El Dorado and I would welcome the opportunity to help bring them to fruition

What makes you the best candidate for the job? Very simple:

A. I’m a fully certified Arkansas Municipal League (trained) Municipal Official. No other candidate is in any manner!

B. I have nearly eight years of actual on-the-job performance. No other candidate has any such performance!

C. I have proven my abilities to perform as Mayor over extended time. This city is financially solvent, professionally staffed, fully equipped across every aspect of services and maintains a high degree admiration and respect across the state. No other candidate can state such in any regard!

D. Why change to unknowns when all is operating superbly and nothing is remotely broken?

Do you plan on raising/spending money to promote your candidacy? If so, do you know how much?: Yes, all campaigns cost money. I’ll use primarily my own personal funds, but welcome any donation.

What accomplishments can you point to? Renovation of the El Dorado Municipal Auditorium; replacement of all Downtown sidewalks, lights trees, ect.; and assisting El Dorado Festivals and Events/Murphy Arts District to become a reality

Is there anything you would have done differently now that you have more experience in the job? Nothing significant. I believe my stewardship has been executed well throughout.

Why do you want to continue in office? I know that I’m the best qualified, experienced and proven candidate on the field and El Dorado doesn’t need to lose any momentum moving into the future with less than the best at the wheel, which includes our city councilpersons. 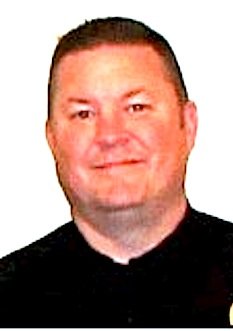 Family: Married to Karen Lutman, my kids are Zachary and Abigail Lutman

Position being sought: Seeking to be the next mayor of El Dorado

Is the position full-time or part-time?: Full-time.

What is the salary of the mayor? Honestly, I have no idea. I assume it is more than the heads of city departments

Are there any legal requirements to hold the position? If so, how do you meet those requirements?: I meet the requirements according to state law on running for this particular elected position.

Why did you choose to run?: I chose to run for this position because for 10 years as a police officer, I have seen all parts of this city. I have heard and seen the concerns from many people from different wards. In many cases, their concerns have been overlooked. For five years, individuals throughout this city have requested my consideration for running for Mayor. I cannot deny there is something special going on. After discussions with my wife and consistent prayers, the decision was made to do this.

What makes you the best person for the job?: The biggest issue I see is the lack of consistency. As an officer, I am held to a higher standard. That will be the expectation of the city employees if elected. It makes no sense to me to see “supervisors” driving the streets of El Dorado and can pass by a couch, recliner, TV, etc., for a period of months and nothing be done. This kind of practice will be over when elected. You will get term-limit work, not election-year work. My passion is to serve and solve problems. Decisions I make will be based on two factors: Is it in the best interest of El Dorado, and is it the right thing to do? I believe in our community and believe there are very smart people with great ideas. I’m extremely open minded in order for this city to achieve excellence. We have to create an environment that is welcoming and inviting to our tourists and citizens. My relationship with individuals in the El Dorado-Union County Chamber of Commerce, MAD, Murphy Oil, city council and other high ranking leaders, will foster a healthy relationship to help achieve this goal. I believe the work accomplished in my tenure as an officer shows that I am results-oriented. I have been in upper management for a $150 million dollar store that employs over 450 associates. I have hired, fired, trained, budgeted, etc. I am the best person for this job because I believe in this community, and I don’t care who gets the recognition as long as we are making El Dorado better than before.

Do you plan on raising/spending money to promote your candidacy?: If so, do you know how much?: As far as fundraising, this is extremely a grassroots effort. As we speak, over 4,000 fliers have been HAND DELIVERED to our citizens. I have respectfully declined the numerous amount of people wanting to help go door to door. It is important that I am the one asking for your vote. If you have received a card, it is because my wife and I have walked to your door in hopes of meeting the resident. We will continue to do this until we have closure. This is an exciting time for this city and for my family. No matter what happens, I will serve you. This city deserves a Mayor that will champion this city, make sure the rules are enforced fairly and consistently, make sure that you are receiving excellent service from your tax dollars, and perform the respected administrative duties in a professional, responsible way. The time is now, and as a citizen of El Dorado, you will find it extremely easy to engage with me for the common good of the city.

Hometown: I was born in Fayetteville. I graduated from Mena High School. My career has allowed me to live in Beaumont, Lafayette, New Orleans, Forrest City and Vilonia. We moved to El Dorado 14 years ago. A few years later my wife Barbie and I were on the patio enjoying the beautiful garden, and Barbie turned to me and said, “Remember when I told you I would move anywhere during your career but when you retired we would live in Texas. Forget that, El Dorado is home.” 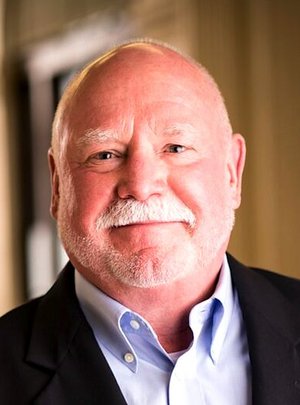 Occupation: I am recently retired from Entergy. I began my 39-year career as an engineer rising to the level of engineering director. I then transitioned to supervisory positions in operations and outage management. I had stated in my career development plan that I would like an assignment in community and governmental relations. Fourteen years ago my wish came true when I became Manager of Customer Service for the El Dorado area.

Education: I graduated from the University of Arkansas with a Bachelor of Science Degree in Electrical Engineering. In 2014, I was inducted into the Arkansas Academy of Electrical Engineering. I returned to the classroom to become a Licensed Advanced Emergency Medical Technician. I am a graduate of the University of Central Arkansas’ Community Development Institute and a graduate of LeadAR Class 14.

Family: My wife of 37 years is Barbara Vinson Luther (Barbie). Barbie is very active in the community, serving on the South Arkansas Arboretum advisory board and the El Dorado Advertising and Promotion Commission. Barbie has earned her Lifetime status as a Master Gardener and presently serves as president of the Union County Master Gardeners. She was honored by the State of Arkansas Master Gardeners by being named the 2017-2018 Master Gardener of the Year. Barbie and I have been members of the College Avenue Church of Christ since we moved to El Dorado.

Political Party: I have been a member of the Union County Republican Party since 2004.

Past political experience, if any: This is my first time to run for public office. I served three years on the Union County Election Commission. In 2014, I was certified by the Arkansas Board of Election Commissioners as an Election Monitor.

Position part-time or full-time: I would devote my full time to the office.

Are there any legal requirements to hold the position? If so, how do you meet those requirements? To hold a municipal office of mayor in the State of Arkansas, one must be a qualified elector, attained the age of 18 and be a resident of the city. I have been a registered voter in Ward 2 of El Dorado since 2004.

What are the responsibilities of the position being sought and how would you tackle the job? The mayor is the chief executive office of the city. Quoting the Guidebook for Municipal Officials published by the Arkansas Municipal League, “It is the mayor’s responsibility to keep the city government running properly. This includes enforcing city ordinances and making sure that the residents receive maximum benefits and services for the taxes that they pay.” As I have visited with local residents, they tell me that the things that are important to them are: street repairs, fix potholes, provide a high level of public services, pick up the litter, clean up our city and provide the basic essential services of police and fire protection. I agree we need to treat all people with respect, keep order in our council meetings and do the job that voters have elected us to do. I am an engineer by profession and I equate that with one that enjoys solving problems. El Dorado is not much different that most other cities, and how we address the opportunities ahead of us can separate us from others. My pledge to voters is to place “People above Politics” and work with everyone. I promised the sanitation truck driver that collects our trash every Tuesday morning that my first week in office, I want to ride with him in order to gain an understanding of his challenges and listen to his suggestions for improvement.

What makes you the best person for the job? I announced my candidacy for Mayor because I believe my unique blend of public and private sector experience will serve the citizens of El Dorado well. We chose to call El Dorado home. We care about El Dorado thriving, being a community where people choose to live and a place where people want to raise their children and the children want to return. My career as an engineer and customer service manager for Entergy has given me a keen understanding of what it takes to create new jobs, as well as to keep our existing businesses growing. My lifelong spiritual walk has taught me that we called to help others. My service in numerous community organizations has shown me first-hand the needs and opportunities ahead for our city.

Do you plan on raising/spending money to promote your candidacy? If so, do you know how much? Yes, the reality of campaigns is to share your message with voters. While we may consider El Dorado a small town, we have a population of almost 19,000 residents. Since I have never run for office, it is important to put my name, Bill Luther, in front of the voters. More importantly, voters want to know what you stand for and how you can manage the office of Mayor more effectively. In addition to small groups and one-on-one meetings, I plan to utilize the media with advertisements to deliver my message. As most people know, advertising costs money, lots of money. Fortunately, many of my friends understand the need to publicize and they have contributed generously to ensure that we have the means to campaign successfully.