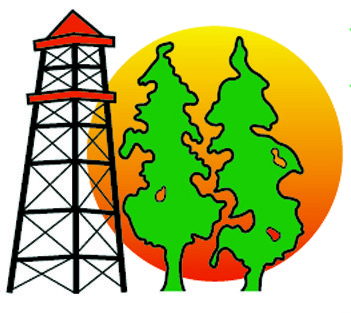 Authorities made contact with a man who purchased firearms from two ladies selling hunting supplies in the Wal-Mart parking lot. Initially, he saw an ad for a cross bow on eBay, and after meeting with them he asked if they had other hunting accessories for sale. One woman told him “some of the guns were left to her by her grandfather,” according to the sheriff’s office report.

Over the course of almost two months, he purchased nine guns — all reported stolen — for $1,700, according to the report. One woman was identified as Atwell.

Deputies say they have connected Atwell to stolen guns from Camden, Magnolia, El Dorado, and other parts of Union County.

“And all of this was to supply a drug habit,” Phillips said.

Deputies are looking for more guns and seeking out more arrests connected with the case.

Joseph M. Hall, 52, of El Dorado, was arrested Friday and charged with attacking and threatening his girlfriend’s family.

On March 14, a deputy responded to a domestic violence call at the 100 block of Carey Lane in Norphlet, according to the sheriff’s office. A witness told authorities that Hall had been drinking heavily, and while outside he got in her face and pushed her to the ground. Two witnesses said Hall “got mad because there was an empty Wal-Mart sack in the front yard by her daughter’s car,” according to the report.

A witness told authorities that Hall grabbed her arm, she punched Hall in the face, and then he grabbed her by the throat and threatened her.

A third witness told authorities that Hall pointed his pistol at him and said “I’ll kill you right now,” according to the report.

Hall is being charged with first-degree terroristic threatening and aggravated assault.

In court, Shryock tilted his head back to his family and whispered: “I love y’all.”

Shryock walked back to his cell. Shortly after, a woman raised her hand asking to approach the court.

She explained to Barker that Shryock’s doctor “placed him on new meds Thursday,” which led to him acting out and getting arrested.

Barker revoked his no-contact order, and recommended she talk with a private attorney or a legal aid representative.

All people charged with felonies are bound to circuit court for further proceedings, have no contact orders assigned, confined to curfews, and are restricted from alcohol, drugs, and firearms.