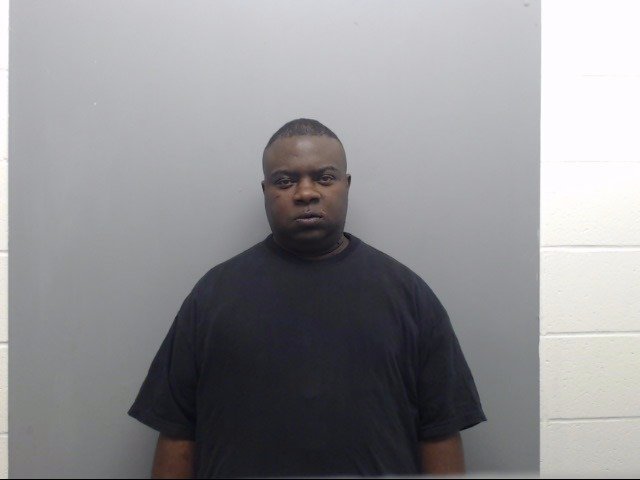 EL DORADO — A man arrested in connection with the weekend murder of a Crossett man was bound over on a $500,000 bond on Tuesday in district court.

Curtis E. Lumsey, 37, of El Dorado, was arrested after police found a dead body in his home, located at 505 W. First St., after responding to a call late Friday night.

El Dorado Police officers responded to a shooting report at 11:45 p.m. Friday and found Brian A. Smith, 27, of Crossett, lying dead on the floor of Lumsey’s house with two wounds — one on the upper left shoulder and on the abdomen.

Lumsey was arrested on charges of first-degree murder, tampering with evidence and possession of a firearm by a convicted felon. He is being held in lieu of a $500,000 cash or corporate surety bond.

District Court Judge Jack Barker said Lumsey is indigent and will have a court-appointed attorney for circuit court.

State Prosecutor Greg Thomas said he recommended the bond amount because of the seriousness of the offense and Lumsey’s history of violent crimes and felony charges.

If Lumsey were to make bond, he would be required to wear an ankle monitor and have no contact with witnesses or the victim’s family.

Four others had first appearances in district court on Tuesday.

David P. Smith, 36, of Fordyce was arrested Friday for an incident that was reported on Dec. 25.

Smith allegedly beat a man with a metal trampoline leg after the victim fell asleep on a couch at his girlfriend’s house, according to the Union County Sheriff’s Office. The victim reportedly had brain hemorrhaging at the Medical Center of South Arkansas.

Smith was arrested in connection with charges of second-degree battery, aggravated assault and residential burglary.

Barker said Smith is indigent and that he is to have no contact with his brother or victims in the case.

Smith is being held in lieu of a $50,000 cash or corporate surety bond.

Jordan Ross, 18, of El Dorado was arrested Friday after being allegedly involved in an armed robbery on Feb. 14.

another juvenile, who tried to sell him a pair of shoes, according to police.

Ross was one of four people involved in the robbery, Capt. Kevin Holt said.

Ross was charged with aggravated robbery, theft of property and felony with a firearm.

Because of his lengthy history, Ross is being held in lieu of a $25,000 cash or corporate surety bond, Thomas said.

Tommy R. Glosson, 22, of El Dorado was arrested Friday after police allegedly found a gallon-sized ziploc bag full of marijuana and a black and silver box that contained baggies of methamphetamine near his home, according to police.

Glosson is being held in lieu of a $25,000 cash or corporate surety bond.

Joseph C. Harper, 33, of El Dorado was arrested Monday after police allegedly found him passed out on 721 N. Yocum St. with bags containing methamphetamine, marijuana, a crowbar, syringes, and a digital scale, according to police.

Harper is being held in lieu of a $10,000 cash or corporate surety bond.