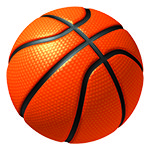 El Dorado dug out of a 14-point hole before succumbing to J.A. Fair’s defensive pressure in the final period Tuesday. The War Eagles finished strong in a 61-50 victory over the Wildcats at Wildcat Arena.

The War Eagles led 29-15 midway in the second but then went scoreless over the next six-and-a-half minutes. Keshun Greene’s bucket triggered a 15-0 run. B.J. Johnson had a three-point play and a 3-pointer in the run. Johnson’s tip-in gave El Dorado a 30-29 lead with 4:44 left in the third.

“We kept trying to switch defenses on them. We went from a regular man to a packed-in man to a switching match-up kind of a deal and then back in and out to our match-up zone,” said El Dorado coach Gary Simmons. “I thought we did a better job on the boards. We hit some shots. I thought after Brendan hit his first two (3-pointers), Coach did a nice adjustment, shading him and knowing where he was at because he didn’t get a clean look after that.”

Fair went without a point from the 3:15 mark of the second until Deaveon Bankston’s jumper with 4:26 left in the third. Khalil Shelton’s 3-pointer pulled El Dorado to within 39-38 going into the final period.

The War Eagles opened the fourth with full court pressure, which produced immediate dividends. The Wildcats committed five turnovers, which led to Fair’s 14-0 run. A driving lay-up by Mikalen Hawkins gave the War Eagles a 53-38 cushion with 4:14 left to play.

“It got us out of a little doldrums we were in because we were just walking around and going through the motions,” said Fair coach Charlie Johnson of his team’s fourth quarter press. “We had squandered a 15-point lead so we had to do something to stop them from walking around.”

Kyle Jordan’s three-point play sparked a 7-0 spurt by El Dorado. But, Fair never let the lead dip below eight points the rest of the way.

“They’re very athletic. This is the second game we’ve played without our point guard. When they put the pressure on us, we really needed one more guard to handle their pressure and we just didn’t have it,” said Simmons. “We had some kids playing out of position tonight and they played hard. We needed one more ball handler to make a little better decisions. And, I needed to not have to use up three timeouts as early as I did.

“It’s a work in progress. Our goal is to be rolling by February 1.”

“I thought Keshun Greene played really well tonight. I thought they all played well. Alex Boone played physical. Jarius Curry did a great job. Brendan did a good job, started out hot,” said Simmons. “Bishop was playing with a fever tonight. We had to pull him a couple of times just to give him some rest.”

“Decent,” said Johnson, when asked how he thought his team played. “After a long two-and-a-half hour ride, I thought we played decent. We played a great first half but the second half, we were just going through the motions. But, we can correct that.”

Fair’s lone loss this season was to Little Rock Hall.

Johnson hit a 3-pointer to pull the Wildcats to within 12-10 after one quarter. The War Eagles got hot in the second, though, with Hawkins knocking down back-to-back 3-pointers, triggering a 10-0 run. The lead swelled to 29-15 after another 3-pointer by Hawkins.

STAR CITY - Smackover placed three players in double figures, but it wasn't enough, as the Bucks came up short in a non-conference road clash.

Jaqueze Modica had 16 points to pace the Bucks (2-6), while Peyton Jones added 13 points and Roshard Boone finished with 12 points.

In the junior boys game, the Bucks were downed 48-46 in overtime. Javion Lee had 12 points and Austin Goodwin finished with 11 points.

PARKERS CHAPEL - The third quarter proved to be the difference, as Spring Hill extended its 28-14 halftime lead to 40-15 before winning by the final margin in Class 1A-2A District 15 action.