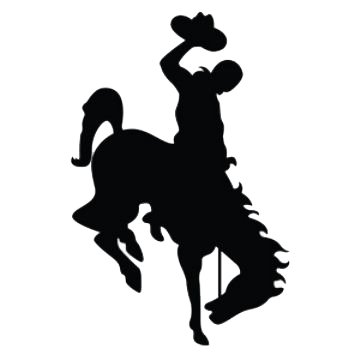 SMACKOVER – This was not the start the Smackover Buckaroos envisioned.

The Buckaroos struggled throughout this season-opening affair. However, they did have an opportunity to claim the lead.

With just over six minutes remaining in the third, Harmony Grove – which led 7-0 – attempted a pass that went behind the line of scrimmage. The receiver dropped the ball and slowly walked away.

Alertly, Smackover’s Tyrek Rucks took off running toward the live ball, picked it up and ran nine yards for the touchdown. Smackover then went for two. But the run was stopped short of the goal-line as the score remained 7-6 with 6:03 left in the third.

The Bucks missing a chance to grab the lead vexed Strickland.

“Defense kept us in the game. It’s 7-6 in the third,” the coach said. “We line up to go for two, Harmony Grove doesn’t even line up and we can’t stick the ball in the end zone. It’s frustrating.”

With its next possession Harmony Grove marched down the field and caught a break.

The Hornets faced a fourth-and-goal from the Smackover eight.

Harmony Grove quarterback Nathan Whitley then tossed a pass toward the end zone. The ball was batted away from Whitley’s intended receiver. But Kentrell Hill was in the right place as he caught the ball in the end zone for a touchdown. The point after was no good leaving the score at 13-6 with just under two minutes left in the third.

The Hornets finally distanced themselves from Smackover early in the fourth.

Lined up at quarterback, Jace Garcia took a snap and scored on a 3-yard carry. Harmony Grove kicker Austin Jordan, who went 4-of-5 on extra points, made the kick to give his squad a 20-6 lead with 10:22 left to play.

The Hornets blocked a total of four Smackover punts.

One of which setup their next TD with just over eight minutes left in regulation.

Harmony Grove, due to the outstanding special teams play, began its possession on the Smackover five.

Garcia would eventually score on a 2-yard tote in which he was flipped into the end zone after leaping over the interior of the Smackover defense. After the kick, Harmony Grove led 27-6.

The final points of this contest were also the byproduct of Harmony Grove blocking a Smackover punt.

The Hornets eventually capitalized on the situation when Kris Morehead found the end zone on a 1-yard carry. The PAT increased the visitor’s advantage to 34-6 with, 3:55 remaining in the game.

“I challenged the offensive line at halftime. They responded and opened up some holes for Nathan, Jace and Kris,” said Harmony Grove Coach Tony Chambers. “I credit the offensive line for this. They decided they were going to step up in the second half.”

In the opening quarters of this contest, the play was sloppy. Both teams committed an abundance of miscues and penalties.

Nonetheless, Harmony Grove struck first when Whitley completed a 5-yard slant pass for a touchdown to Dakota Rucker. The successful PAT increased the Hornets’ lead to 7-0.

Chambers lauded the effort of his defense. He credited them for setting the stage for the Hornets’ second half takeover.

“I’m proud of them,” the coach said of his defense. “I’m really proud of our defense. The defense is going to be a strength of ours this season. I hope the offense can catch up. If it does, we’re going to be a tough out down the line.”

The Hornet defense was also aided by Daniel Hicks’ fumble recovery and an interception by Brett Bearden.

Both of the turnovers Harmony Grove created, occurred in the first half.

As for Smackover, aside from Rucks’ scoop-and-score, it also got a fumble recovery from Dorsey Williams late in the fourth.

When assessing the game as a whole, Strickland was visibly disturbed. Yet, he’s confident better days lie ahead for the Buckaroos.

“We’re going to get better. We know what we gotta do. It’s a matter of us rallying as a team and coming together,” he said. “That’s why we play these three non-conference games, to make us better. It will show us what we have to work on.”

Buckaroo QB Beau Burson completed 6 of 15 passes for 49 yards and one interception. For Harmony Grove, Whitley finished with 105 yards rushing on 14 carries.

Next week Smackover is scheduled to host Harding Academy.