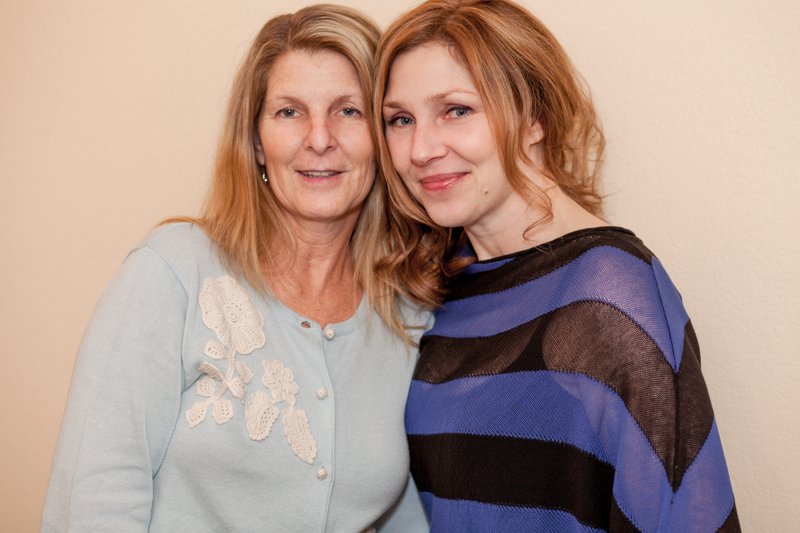 EL DORADO – There’s nothing like a “sharp-dressed” shelter dog to warm the hearts and catch the attention of thousands of people – especially when photos of those canines appear all over the United States and in several foreign countries. They can be seen in Vanity Fair, Vogue Italia, the New York Post and several other publications all over the world.

Adorned in outfits from clothing and headdresses created by Joan Kelly, New York designer, to hand-me-downs from local children, these “designer dogs,” have been “dressed to the nines” and photographed by Tammy Swarek and Tammy Michael, designer, of El Dorado. Swarek’s #ShelterPetsProject, is a campaign to raise adoption rates and funds for the local animal shelter, the Union County Animal Protection Society.

“We volunteer our services as photographers and designers to create fine art images of the rescues. Purchase of products (that feature photos of the dressed up dogs) will supply much needed dog food and medicine for the animals at UCAPS. Animals in this project are available for adoption and can be shipped world wide,” Swarek said.

Baby Girl, one of the dogs photographed for the project, “was abandoned on the side of the highway in Union County. She was waiting in the same spot for three days. Luckily a passerby couldn’t stand seeing her wait anymore for a family that would never come back. Baby Girl’s wardrobe was generously donated by designer Joan Marentis Kelly for Cosmik Souls,” Swarek said.

Cannonball, another shelter pet that was abandoned twice, has recently been adopted by the Grant family in El Dorado and has been cast as Fritz, in the upcoming South Arkansas Arts Center’s production of “Frankenstein.” A photo of Cannonball has appeared in Vogue Magazine.

“We want to change the way shelter animals are perceived. Common perception is that these animals are unworthy discards from others or that they have health issues. It is true that most have been discarded and abused by people, but that has nothing to do with the animal and everything to do with us,” Swarek said.

“We allow that to happen (discarding and abusing dogs and cats) by not creating stricter laws with tougher penalties and insist they are enforced. Every animal we have photographed at UCAPS is amazing – each with such a different personality and disposition. We wanted to showcase that and did so by dressing them up accordingly,” she explained.

“Quite a bit of the clothing we use are things my children outgrew. We also shop for the pups at Goodwill and other thrift stores. Sometimes we find things on ebay and Etsy, also. When people learn what we are using them for, they typically help us out on the cost,” Swarek said.

“The majority of the floral headdresses are made by my photography partner and floral designer, Tammy Michael. We have also had a few top notch New York City designers donate to our project. The first one was Joan Kelly. I reached out to her and asked if she would be interested in working with us. She immediately jumped on board and sent out headdresses that week. Joan’s work is pure art that can be seen in top fashion magazines, runways and now, Joan is heading to the big screen.

“Her (Joan’s) involvement with UCAPS didn’t stop there. She contacted North Shore Animal League in New York on our behalf and helped arrange the transport of many of our UCAPS kids to New York City. Joan continues to provide us with couture pieces to use. We have also had some community involvement. Tanya Todd at El Dorado Florist has donated many flowers for out project. Without this support, our project would not be possible,” Swarek said. Recently, Swarek received confirmation from Tiemart, Inc., and “they will be providing us with bow ties.”

“Top celebrity dog designer, Anthony Rubio, has now joined our project and we will soon be seeing his amazing designs on our very own UCAPS Superstars. We send the final images to Vogue Italia and they publish them in their photography section. This has helped a great deal with not only promoting the project, but helping the dogs find homes,” she said.

“He is such a good looking guy,” Swarek said as she began to tell General Patton’s heartbreaking story. “When brought to UCAPS, he was emaciated and had an embedded collar that required surgery to remove. After a lengthy stay at the animal hospital, General Patton’s dreams came true. He was adopted by a UCAPS employee, Ashley Bearden. The shoot with this guy was a little tricky. He is 100 percent muscle now. We had to wait for him to decide to sit! When he did, he was magnificent.”

So far, Tammy and Tammy have dressed and photographed 60 to 70 dogs and about 60 to 70 percent have either been adopted, have adoptions pending, or have been transported to other shelters nationwide, Swarek said.

“Shelter Pets Project is continuing to grow. We already have online stores on Zazzle and Redbubble where gift items (such as tote bags, mugs) and clothing can be purchased. Proceeds from these sales go directly to UCAPS,” Swarek said.

Thirteen of Swarek’s photos of shelter dogs have been selected for a 2017 UCAPS calendar, which is a “collaboration with us and Mike Means of Creative Means on the square in downtown El Dorado.” These calendars should be ready for purchase by Thanksgiving.

Moses is over 20 years old and at age 16, “he lost his entire family in a home explosion. They thought Moses had died as well. Two years later he wandered back to his old home site. Relatives recognized him and surrendered him to the local animal shelter. No longer able to see or walk very far, Moses is truly inspirational,” Swarek said. He is one of the dogs selected as a “calendar boy,” for the UCAPS 2017 calendar.

Swarek said in 2010 her life with her husband and children, “seemed perfect. We lived on a beautiful ranch in Mississippi. It was the most peaceful place, and Matthew, my autistic son, thrived there. April 24th of that year a violent tornado ripped right through it, leaving nothing but rubble behind. I was beyond devastated. It wasn’t just a home that we lost, it was our entire world. It was then that I started living behind the lens. It was easier to see what was happening around me through my camera.

“I struggled for months trying to cope with the new life we had, always broken-hearted over the one that we left behind. I knew to be the mother Matthew needed, I had to find a way past it. That is when I had the idea to create the image ‘Power.’ I needed to make something beautiful and inspiring, something I could hold onto instead of dwelling on the loss. It was a very cathartic experience. After that, I committed myself to learning all I could about photography,” Swarek said.

After a friend sent Swarek posts made by the Sacramento, Calif. branch of the Society for the Prevention of Cruelty to Animals, “I was drawn to the photography work they were doing,” she said. When she looked at the UCAPS page and “saw they were not working with a photographer, I contacted the shelter manager, Tanja Jackson, and asked her if I could help. She was agreeable that the images would spark interest in the animals. My best friend, Tammy Michael, is a fantastic floral designer and photography assistant. We made this commitment together. Our goal is to photograph every animal in the shelter – all 300.”

She said the animals are brought into a white canopy tent at UCAPS to prepare for their photo shoot. “We spend about 15 minutes just playing with them, using treats and a lot of silly talk, to get them to calm down. We bring our tubs of props, usually flowers and any clothing we can find and decide what would fit that particular dog’s personality. I am amazed at how well the pups do with dressing up. They honestly appreciate the attention. We get them styled the way we like and try to get them to sit by themselves for the shot. Sometimes this doesn’t work out and someone has to be right beside them, but we glam them up and start the show,” Swarek said.

Shelter dog Opal and her sister, April, were abandoned in the Home Depot parking lot. “They were rescued by a UCAPS board member and are at UCAPS waiting for a new family! Opal was my first puppy to shoot and I expected it to be difficult. Puppies tend to be high energy. She surprised us. Opal sat still and posed like a doll!” Swarek said.

Another dog that will be featured in the calendar is Precious, a 9-year-old collie/elk hound mix. “She was surrendered to UCAPS by her family due to relocation. She was loved and her name embodies her entire personality! She has the heart of a therapy dog and that is our hope for her,” Swarek said.

Summer Jammer, also a “calendar dog,” is a 5-month-old Australian shepherd mix. “He was abandoned in a lumber yard at three weeks of age. A man by the name of Sammy saw him lying on the ground. Everyone walked away, except for Sammy. The puppy was dehydrated, emaciated and had an infection in his eyes that was so bad we were uncertain if he’d make it. He never gave up and neither did UCAPS,” Swarek said.

“Our shelter, UCAPS, is small and is home to over 300 animals. At times they are in a crisis for dog food and other supplies,” Swarek said. “You can find out how you can help by visiting their Facebook page at https://www.facebook.com/Union-County-Animal-Protection-Society-361980093855379/.”

Some dogs sheltered at UCAPS are enrolled in the Arkansas Paws in Prison – a “fantastic program. They select sheltered animals and they go through complete obedience training by an inmate. I can testify to how well this works. I now have a Paws in Prison pup myself and he is truly amazing,” she said. For more information about that program, visit https://www.facebook.com/ArkansasPawsinPrison/.

“The Union County Animal Protection Society reportedly only gets $10,000 a year from Union County to fund the shelter, but operation of the facility can cost upwards of $200,000 a year,” Swarek explained.