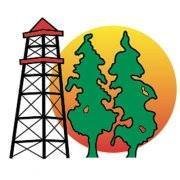 EL DORADO — A proposed Chronic Wasting Disease management zone – which includes five counties in the northwest portion of the state where the disease that affects deer and elk has been detected – was approved by members of the Arkansas Game and Fish Commission when they conducted their monthly meeting in El Dorado on Thursday. The plan will not affect deer hunting in Union and surrounding counties.

Brad Carner, chief of the Wildlife Management Division for the commission, said a Chronic Wasting Disease response plan was created on Feb. 23 of this year and members approved a modified proposal on Thursday.

The proposed CWD management zone includes the five counties where the disease has been discovered – Carroll, Boone, Newton, Madison and Pope – and some adjoining counties – Johnson, Marion, Searcy, Logan and Yell.

Chronic Wasting Disease is a transmissible, fatal, neurological disease that affects members of the deer family – white-tailed deer and elk in Arkansas. CWD was first detected in mule deer in Colorado in the 1960s and has since been detected in 23 states and two Canadian provinces. CWD monitoring in white-tailed deer in Arkansas was initiated in 2003. The first positive case of the disease was discovered during the 2015 elk season in Newton County.

Carner said Thursday that to date, 90 white-tailed deer and four elk have tested positive for the disease in Arkansas.

Landowners within the 10-county management zone will be issued extra tags to help decrease deer density and landowners will be required to submit samples of harvested deer for CWD testing. Deer and elk killed within the zone must remain in the zone, with the exception of “deboned meat, cleaned skull plates, hides, teeth and taxidermy products.”

Feeding of wildlife within the zone will be prohibited except: allow baiting for deer on private land from Oct. 1-Dec. 31 for hunting; allow food plots; allow incidental feeding of wildlife during active livestock operations; allow backyard bird feeding; allow grain scattered or distributed from normal agricultural practices or soil stabilization practices; allow feeding of wildlife by hand (such as ducks at the pond) and allow bait placed for AGFC-approved management, research and control of wildlife.

Goals of the plan include to determine the prevalence and spatial distribution of CWD; apply management actions to limit the spread of the disease; determine the origin of any CWD-positive deer; continue surveillance throughout the state to ensure early detection; provide accurate and relevant information on CWD to the public, agency staff and other stakeholders and continue to gather and evaluate information that would guide research on CWD.

Symptoms of CWD in deer include excessive salivation, appetite loss, weight loss and behavioral changes. However, diagnosis of the disease cannot be based on clinical symptoms alone since other diseases can cause an animal to exhibit similar symptoms. There is currently no USDA-approved, live-animal test for CWD.

Arkansas Game and Fish Commissioners and employees are asking deer hunters and members of the public to report any road-kill deer and other deer that might be displaying symptoms of the disease at agfc.com/cwd, 1-800-482-9262.

The 2016-17 fiscal year operating funds center budget totaling $87,960,100 (to become effective July 1) was approved by the Budget Committee, as proposed by Fred Brown, chair of the committee, and the commission.