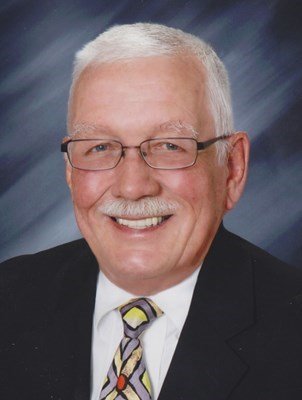 Leslie Snuggs Brown ,76, of El Dorado went to be with the Lord Friday, July 15, 2016 at the John R. Williamson Hospice House. Born November 19, 1939 at Warner Brown Hospital in El Dorado, he was the son of the late Leslie Robert Brown and Kathleen Snuggs Brown. He graduated from El Dorado High School in 1958 and attended U of A prior to joining the U.S. Army, stationed in France for almost three years, earning an Honorable Discharge. He then attended Henderson State University, subsequently working as District Sales Representative for Lion Oil Company.

He worked as District Sales Manager for American Petrofina Company before owning and operating South Arkansas Oil Company headquartered in El Dorado. In 1976 he began employment as a loan officer with National Bank of Commerce. He retired from Simmons Bank December 31, 2013 as Senior Vice President and Senior Commercial Lending Officer.

Snuggs previously served as Chairman of the SAU Advisory Board (El Dorado) for three years; the Board of Directors for the Chamber of Commerce of El Dorado for three years; Vice President and Board Member of Cerebral Palsy of South Arkansas, Inc.; and a number of other organizations, projects, and activities.

He was preceded in death by his parents; a sister, Martha Brown Holloway; and a stepson, Christopher David Horne.

Snuggs is a member of the Body of Jesus Christ for 48 years attending College Avenue Church of Christ for 42 years.

An online registry is available at www.youngsfuneralhome.com