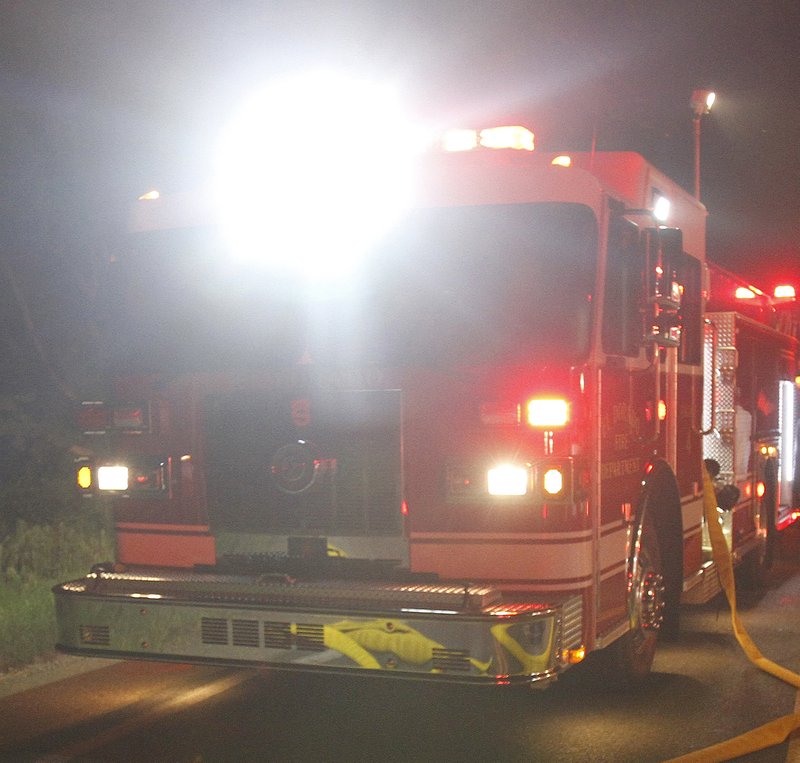 An El Dorado woman died in a house fire in the 11th block of Glenwood Drive early Saturday morning between 3:30 and 3:45 a.m.

EL DORADO — An El Dorado woman died in a house fire in the 11th block of Glenwood Drive early Saturday morning between 3:30 and 3:45 a.m.

“The first crew found a house that was on fire in the rear. When they were there, they extinguished the fire and made entry. They did find a victim,” said El Dorado Fire Chief Chad Mosby.

“The investigator looked through everything and he hadn’t found anything that would indicate a suspicious fire,” Mosby said. “It appeared to be purely accidental fire.”

Bob Allen, an eyewitness who lives three houses west of the fire, gave his account on Facebook.

“I was awakened by loud noises … Then I looked out and saw the flames and the fire trucks out front. I went out and then the noise sounded like bullets exploding,” Allen said.

Two women lived in the house that was burned Saturday morning. Both were there during the fire.

“A woman lived there with her very elderly mother. The younger woman got her mother to leave the house, but she went back in,” Allen said.

The crew identified the victim as a 50 to 54-year-old woman and contacted him said Chief Mosby.

“(She) was overcome by smoke and died just inside the front door … It could have been so much more tragic. The fire could have spread easily,” Allen said.

A detailed report will be available Monday morning, Mosby said.